The Story Of Evolution of Car Headlights Is Totally Lit!

From gas-lit lamps of yore to laser lights, car headlamps today are light years ahead in both looks and technology 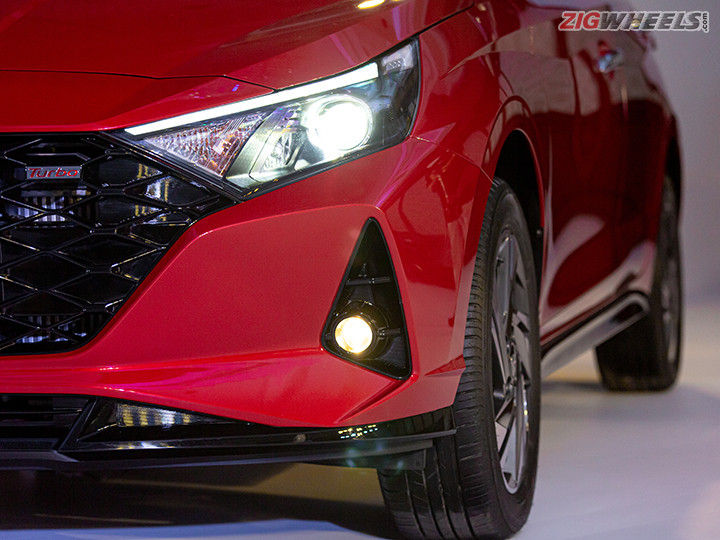 Everyone knows Diwali is called the festival of lights. But if you ask the petrolhead in me, watching a tide of cars shining their headlights brightly in the dark would be no less a festival of lights. It’s only apt then that this Diwali, I decided to throw some light on the glow-rious history of car headlamps and the tremendous progress engineers have made towards improving the tech and design of this highly useful but sometimes under-rated automotive equipment.

Man-Made Fire - How It All Began

Back in the 1880s, when the filament bulb was yet to be invented, a man-made fire using oil was used for illuminating the road ahead. One had to fill the chamber with oil and light it up. The headlamp brightness and illumination must’ve been subpar and even the safety was questionable. But hey, the world was yet to be developed back then.

The Emergence of Electric Headlamps

In around 1898, electric headlamps came into existence and debuted as an optional accessory in the Columbia Electric car. Mind you, the technology was being introduced for the first time and they weren’t as reliable as they had a very short life and needed frequent replacement.

By 1904, electric headlamps were offered as standard in almost all cars. Manufacturers like Cadillac developed improved electrical systems so they can support more powerful bulbs. It also led to the invention of modern sealed beam headlight technology. The US Government brought in norms as they made for an important piece of safety equipment. It required every car to have a 7-inch round sealed-beam headlamp on either side, but eventually this rule was relaxed, letting manufacturers use different styles as far as the road ahead was illuminated satisfactorily.

The Invention Of Halogen Which Can Be Found Today

After almost 50 years of sealed headlamps, a major breakthrough came in the form of halogen headlamps, a technology that’s relevant even today. They utilise different internals even though the basics are similar to incandescent bulbs. It utilises a compact envelope filled with gas that surrounds a tungsten filament, allowing it to have brighter illumination and a better life.

There are various colours one could opt for in halogen bulbs. You can have it in 3000 kelvin (warm white) for better illumination of the road or in 6500K (pure white) for snob value. It also made way for xenon headlamps, which utilised xenon gas and lit up in white. These were called HID (High Intensity Discharge) headlamps and are substantially more powerful than halogens and are mainly used in cars with a projector setup.

The Present - How LEDs Are Leading The Change

LEDs are the norm now as the world is becoming technologically advanced. Earlier offered only in luxury cars, this technology has become mainstream and is found in models priced as low as Rs 9 lakh! It’s also used purely for style, especially as DRLs (Daylight Running Lamps) that are essentially a safety feature but also infuse a premium look to cars. DRLs used to be limited to luxury cars earlier, but they are now found even in entry-level hatchbacks like the Kwid.

LEDs allowed manufacturers to implement technologies such as high beam assist, blocking part of the beam to avoid blinding traffic and adaptive headlamps. In fact, the Rolls-Royce Ghost’s LED units are capable of lighting up 600 metres ahead of you. LEDs also create a strong first impression thanks to their premium and blingy outlook. Audi’s LED headlamps and tail lamps do a ‘dance’ while locking and unlocking the car - something we can stand and stare at all day long!

But enough about looks. Let’s talk about technological advancements as that’s where LEDs excel. They utilise much less energy despite offering more brightness than halogens. Sure, they are expensive and any damage might result in a hefty blow to your wallet. Despite that, more manufacturers are striving to bring this technology to new cars.

While LEDs are becoming more mainstream, reports suggest that laser headlamps are the future for automobiles. They are ten times brighter than LEDs and have the ability to illuminate up to a kilometre. This technology, though, is in its beginning stages and will take a while to get mainstream in automobiles.

Headlamps have come a long way and will be evolving as cars and technology advances. It is indeed astonishing to know a car’s headlamp started its life as a simple fire chamber and has transformed to a modern LED unit. Only time will tell us what technology will be utilised next.