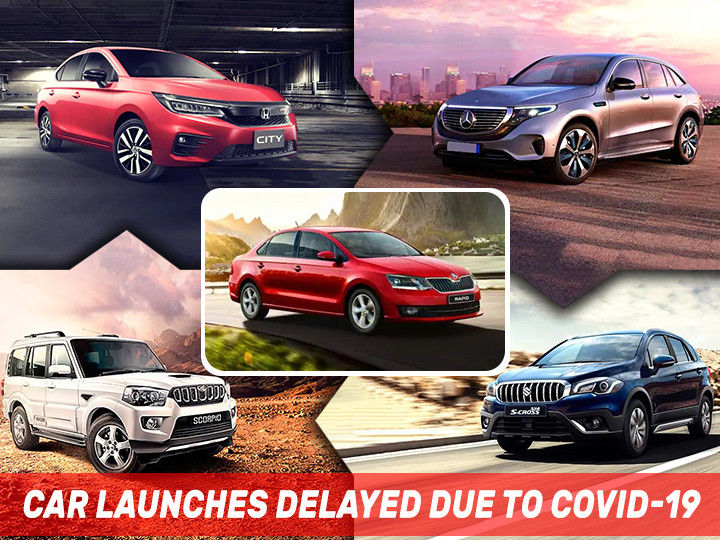 The COVID-19 (or coronavirus) pandemic has wreaked havoc in the automobile industry. While some of them have BS4 inventory left over, others like Maruti Suzuki, Honda and Skoda were supposed to launch new models, including some much awaited cars like the S-Cross petrol and the 2020 Honda City. Now that April 2020 is drawing to a close, here are the car models that were supposed to hit showrooms this month but did not:

The petrol version of the Maruti Suzuki S-Cross was expected to hit showrooms by April 2020. But due to obvious reasons and the closure of production, it’ll take a wee bit more time for the crossover to hit showrooms. The S-Cross petrol comes with a 1.5-litre petrol engine that develops 105PS and 138Nm. It can be had with both manual and automatic transmission options. For a closer look at the greener model, head here.

Another important model whose imminent arrival has been delayed due to coronavirus is the 2020 Honda City, which has already been spotted undisguised on our roads. For a closer look at its interior, head here. The City will be offered with BS6-compliant diesel and petrol engine options. We expect it to hit showrooms as soon as the lockdown has been lifted in the country.

Honda teased the facelifted WR-V in March 2020. However, the model hasn’t hit Indian roads due to the ongoing lockdown. The facelifted WR-V comes with a new face and slightly revised design elements. The interiors largely remain similar to the pre-facelift model. On the engines front, it’ll come with BS6-compliant 1.2-litre petrol and 1.5-litre diesel options. Expect the WR-V to hit roads soon.

Mahindra has already revealed the BS6-compliant Scorpio’s variant wise details and specifications. You can read more about it in detail right here. The only missing piece in the puzzle is the pricing, which was expected to be revealed in the first week of April. Now, we expect Mahindra to launch the SUV by the end of May if things go well.

Bookings for the Rapid TSI are already underway for a token amount of Rs 50,000. It was supposed to hit showrooms by April 2020. But now the updated sedan is expected to reach dealerships after the lockdown ends. The Rapid TSI will be powered by a 1.0-litre turbo-petrol engine that develops 110PS of power and 175Nm of torque. Have a closer look at it here.

Another Skoda car that was expected to hit showrooms in April 2020 is the facelifted Superb. Now, the company’s director has revealed that the Superb will be launched once the lockdown has been lifted in the country. The facelifted Superb comes with a nip and tuck that helps it freshen up the design. It will be powered by a 190PS 2.0-litre TSI petrol engine only.

Mercedes-Benz, India’s largest luxury car manufacturer, was supposed to launch the EQC electric SUV by the end of April 2020. However, the launch has been postponed due to COVID-19. When launched, the EQC could take the title of “India’s first luxury electric vehicle.” Have a closer look at it in our first look video and unveil report.

These were the top cars that were supposed to hit showrooms in April 2020. Which model are you waiting for eagerly? Let us know in the comments section below.