With 1000PS Of Electric Propulsion, The Humvee Is Ready For The Future 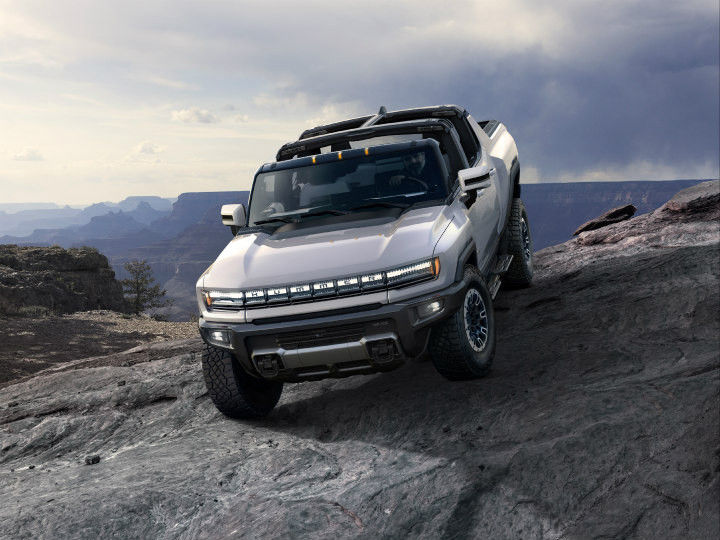 GMC has just revived the Hummer moniker with the debut of the Hummer EV. As the name suggests, unlike its predecessors that were gas guzzlers, it is an all-electric pick-up. This has  put into question whether the electrified Humvee is really a worthy successor to the H1, H2 and H3. Thankfully, its all-electric nature only boosts its appeal in the fossil fuel-wary world we live in today.

Let's get to the crux of the Hummer EV, its all-electric powertrain. It consists of three electric motors giving the premium off-roader a whooping 1000PS of grunt and 15,592Nm of torque, making it the most powerful Hummer ever. All this gives it a 0-96kmph sprint time of just 3 seconds, which just about matches the Tesla Cybertruck and shames a lot of internal combustion-engined cars.

Power aside, while GMC is yet to reveal the battery capacity, it will utilise Ultium batteries and boast a claimed range of 563km on a single charge. It also supports 800-volt DC fast charging with chargers compatible up to 350kW.

Another X-factor to the GMC Hummer EV is its off-road capabilities. Aside from four-wheel steering and adaptive air suspension, it gets what GMC calls Crab mode. The meaning is pretty much in the name as the Hummer EV can move sideways with its wheels locked in one direction at low speeds based on driver inputs. While towing capacity figures are yet to be revealed, it is likely to be fairly competitive. A towering set of 35-inch tyres round off the off-road bits.

On the outside, the Hummer EV continues to pay homage to its predecessors with a menacing presence. But it has been given some modern twists with new LED headlights joined by an LED light bar running across the entire grille. The grille continues to retain seven slats with the Hummer nameplate. Other highlights include skid plates, demountable targa roof panels as well as steel underbody steel plates to protect key components like the battery packs.

With everything that the GMC Hummer EV packs, we can safely say it not only carries on the Humvee’s appeal but further enhances it. Priced at USD 112,595 (Rs 83.03 lakh), production is set to start in 2021 with  another three variants being launched in the coming years. Unfortunately, it has very less chances of making it to India as GM no longer sells its cars here. Other than the Tesla Cybertruck, the Hummer EV will take on the upcoming Ford F150 Electric, Rivian R1T and the Bollinger B2.