Benelli will launch the retro motorcycle on October 25 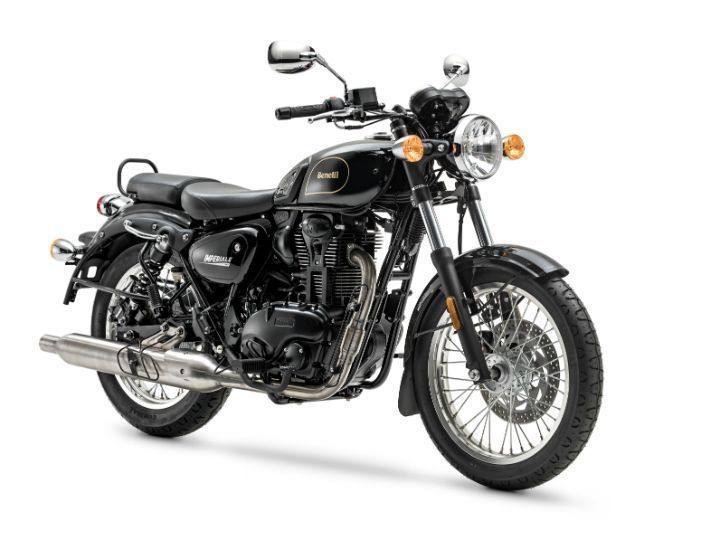 Earlier this week, Benelli India shared a teaser image of its upcoming motorcycle on its social media handles. Apart from the launch date (October 25), the teaser didn’t reveal much. Now though, the bike maker has officially revealed that it has started accepting bookings for the Imperiale 400 for a token amount of Rs 4,000. The upcoming retro motorcycle will be available in three paint options — red, black chrome — with a three-year unlimited kilometre warranty as standard.

The Imperiale 400 features a round headlamp, a sprung seat and pea shooter exhaust muffler giving it old-school charm. Powering the Imperiale 400 is a 373.5cc single-cylinder powerplant, which makes 19.7PS and 28Nm of torque, paired with a 5-speed gearbox. However, we do expect the upcoming Imperiale 400 to be BS6-compliant. The steel double-cradle frame is suspended on a 41mm telescopic fork at the front and twin shock absorbers at the rear. Braking duties are handled by a 300mm front disc and a 240mm rear disc, with dual-channel ABS offered as an extra safety net.

The segment in which the Imperiale 400 is positioned, is dominated by the Royal Enfield Classic 350 and we also have the Jawa, which is pretty popular amongst the enthusiasts, although its availability is a different issue altogether. Even though the Imperiale 400 is expected to be heavily localised, we expect the motorcycle to be priced between Rs 2 lakh and Rs 2.3 lakh (ex-showroom). At this price, the Imperiale will be around Rs 60,000 to Rs 70,000 more expensive than the Classic 350 and the Jawa.