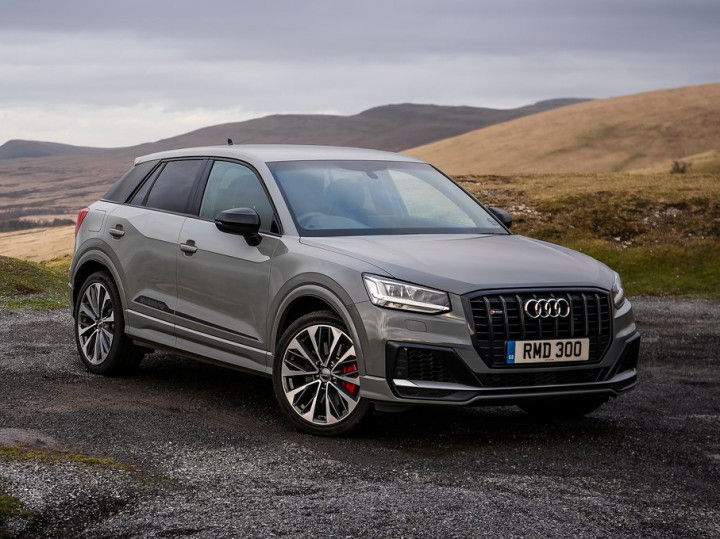 After launching a host of luxurious and expensive models, Audi India has decided to go mainstream with the launch of the Q2 at Rs 34.99 lakh (ex-showroom). The Q2 is Audi’s entry-level model and its most affordable offering in India. It’s offered in five trim levels and comes with a petrol engine only. The Q2 comes to India as a Completely Built Unit (CBU). Here’s how it’s priced:

The Audi Q2 is a compact SUV, even smaller than models such as the Hyundai Creta and Kia Seltos. It, however, has appeal thanks to the presence of the four ring logo. India has got the pre-facelifted Q2 which is a bummer, especially when the facelifted Q2 is on sale in Europe. That said, those who like Audi’s clean minimalist design will appreciate the Q2 for its taut stance. It also has a funky look with vivid colour options.

The Q2’s interior design follows Audi’s older design language which means you’ll feel at home if you’ve been in the A3. It’s clean and yet trendy thanks to those TT-esque circular AC vents. You also get a proper swivel wheel to operate the infotainment system, which is NOT a touchscreen!

In terms of features, the Q2 comes with a digital instrument display, dual-zone climate control, ambient lighting, cruise control, automatic LED headlamps, a wireless phone charger and keyless entry. What is shocking, however, is the omission of powered front seats. Safety is covered by multiple airbags, ABS with EBD, front and rear parking sensors, and electronic stability control.

The Q2 is offered with a 2.0-litre TFSI turbo-petrol engine that develops 190PS of power and 320Nm of torque. This is the same engine as the Volkswagen Tiguan Allspace but should be quicker here as the Q2 is lighter. Just like the Allspace, power is transferred to all four wheels via 7-speed dual-clutch automatic transmission.

The Audi Q2 aims to appeal to a crowd looking for a compact SUV with a luxury and brand appeal. And while it sits in a space of its own, the pricing is similar or as expensive as the bigger SUVs like BMW X1, Volvo XC40, and the upcoming new-gen Mercedes-Benz GLA. You can also consider the Tiguan Allspace and Skoda Kodiaq if you want a larger SUV without the snob value. Here's a price comparison of the Q2 and its rivals:

All Comparisons of Q2