Ahead of its launch, we bring you the India-spec model’s detailed technical specifications, features, and colours 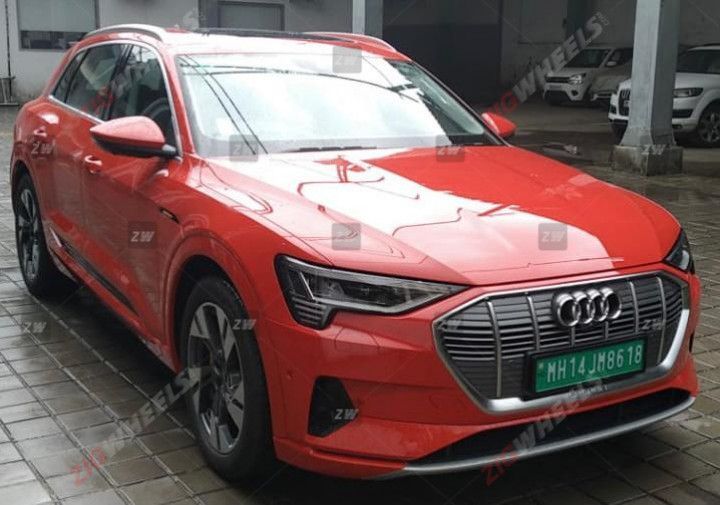 The Audi e-tron has already started reaching our shores, hinting at an imminent launch. Select dealers have begun accepting unofficial pre-launch bookings for a token of Rs 10 lakh. Ahead of its introduction, we bring you all you need to know about the upcoming SUV, including its variants, detailed technical specifications, and colours.

The e-tron will be available in two body styles: standard (SUV) and Sportback (SUV-coupe). It will come in three variants; the e-tron 50 is the SUV, while the e-tron 55 can be had either as an SUV or an SUV-coupe. Take a look at the technical specs below:

As many as nine body shades will be on offer: Catalunya Red, Floret Silver, Galaxy Blue, Navarra Blue, Mythos Black, Glacier White, Typhoon Grey, Siam Beige, and Plasma Blue. The last one is exclusive to the sportier-looking e-tron Sportback.

Also, one can choose from three interior colour options, which are Black, Black/Brown, and Black/Beige.

Inside, the dashboard comprises three screens -- the digital driver’s display, a 10.1-inch Audi MMi infotainment system, and a separate screen to control the climate control.

Take a closer look at Audi’s all-electric SUV in our detailed image gallery. The e-tron is expected to start from Rs 99 lakh, pitting it against the Mercedes-Benz EQC and Jaguar i-PACE. Meanwhile, here are the expected prices of the e-tron’s variants: