While still camouflaged, the tail lights spotted hint at a bit of familiarity with its predecessor 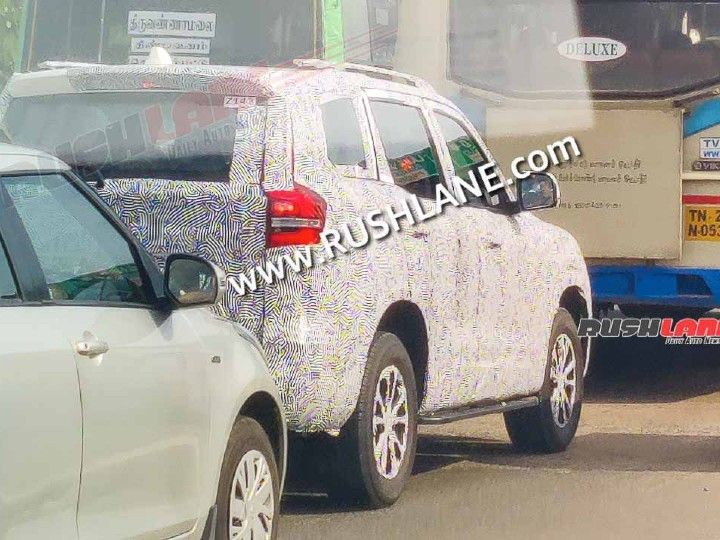 Mahindra has been prepping the next iteration of the Scorpio for quite some time, with the SUV being spotted in India multiple times. Well, the new Scorpio has been spotted yet again, but this time we’ve got a better look at the rear end, including its production-ready tail lamps.

Sure, the 2022 Scorpio is still under heavy disguise, but the tail light design has definitely been overhauled from its predecessor’s. The indicators could also be dynamic units like the XUV700. Look closer and you’ll notice the tail lamps run all the way up to the roof spoiler, another design feature that harks back to its predecessor.

Inside, the 2022 Scorpio is set to be loaded with kit including a larger touchscreen infotainment system (possibly the XUV700’s 8-inch touchscreen), roof-mounted speakers, dual-zone climate control, a 360-degree camera, and a single-pane sunroof.  Safety kit could include multiple airbags, rear parking sensors as well as ABS with EBD.

Powering the new Scorpio is likely to be the XUV700’s 155PS 2.2-litre diesel and the Thar’s 150PS 2-litre petrol engines. 6-speed manual and automatic gearboxes should be available for both engines, anda rear-wheel drivetrain will come as standard. The four-wheel drivetrain could be an optional add-on, limited to the top-spec diesel trim like the XUV700. As spotted in previous spy shots, the 2022 Scorpio will also add on rear disc brakes.

Expect Mahindra to launch the next generation Scorpio by early 2022 at prices starting from Rs 10 lakh (ex-showroom, Delhi). While it doesn’t have a true rival in India, it can serve as a rugged alternative to SUVs like the Hyundai Creta, Kia Seltos, Skoda Kushaq, and the Renault Duster.