Mahindra’s new 2.0-litre mStallion turbo-petrol engine is likely to make 190PS in the new XUV500, making it the most powerful SUV in the segment 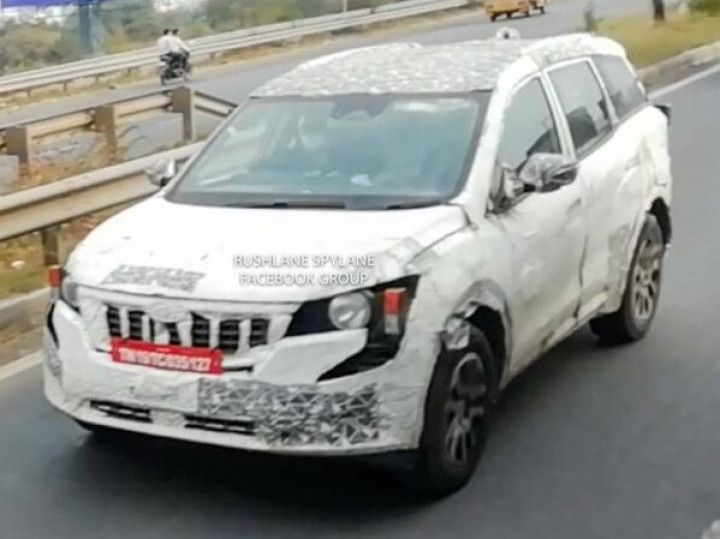 The second-gen XUV500 has been spied yet again giving us some more interesting details. This time around, the SUV was sporting a petrol badge, implying it will get Mahindra’s new 2.0-litre mStallion turbo-petrol engine.

Mahindra’s 2.0-litre mStallion turbo-petrol engine, along with the 2.2-litre mHawk diesel engine, debuted in the second-gen Thar. The petrol is expected to put out 190PS in the upcoming XUV500, making it the most powerful SUV in its segment. The diesel could make around 180PS.

Earlier spy shots of the interior revealed more of the instrument cluster, part of the larger Mercedes-inspired twin-screen floating display, which also houses the infotainment system. As previous spy shots have suggested, the XUV500 will also get a panoramic sunroof for the first time. It is also expected to feature MG Gloster-like level 1 autonomous technology which includes adaptive cruise control, lane keep assist, and autonomous emergency braking.

There have already been significant delays in the launch of the second-gen XUV500, which like in the case of the Thar, could be due to the global shortage of semiconductors. However, we expect it to be launched soon, followed by the next-gen Scorpio. The new XUV500 is likely to be priced from Rs 14 lakh (ex-showroom), locking horns with the likes of the MG Hector, Tata Harrier, and Tata Safari.