It is likely to be offered in three variants: RxL, RxT and RxZ 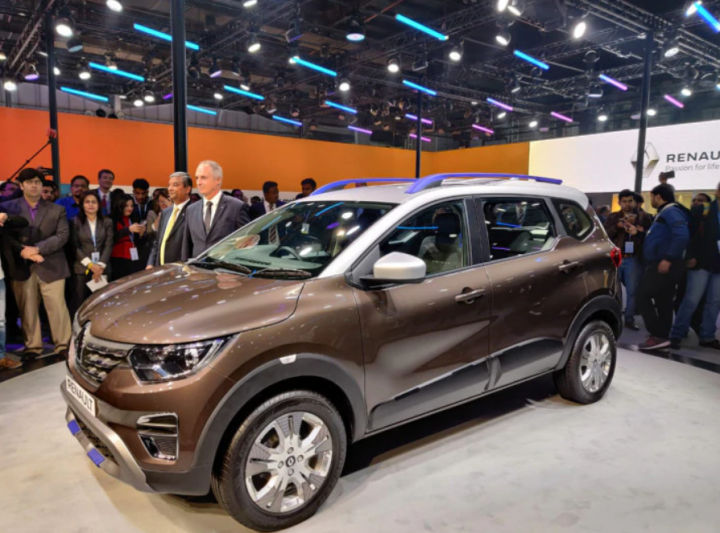 Since the introduction of the sub-4m Renault Triber, there have been rumours of an AMT and a Turbo variant being in the pipeline. We had even spotted the Renault Triber AMT testing on our roads sometime back, right before it was showcased at Auto Expo 2020. Now, according to a report, Renault is planning to launch the Triber AMT on May 18. It is rumoured to be offered in three variants. Here’s all you need to know about the Triber AMT.

Based on the compact modular CMF-A platform, the Triber is powered by a BS6 1.0-litre Energy petrol engine which develops 72PS of power and 96Nm of torque. This engine was only available with a 5-speed manual. Now, Renault will also be offering an Easy-R AMT gearbox for added convenience. Renault also revealed the Triber AMT’s fuel efficiency which boasts a claimed figure of 20.5kmpl, 0.5kmpl more than its manual counterpart.

In other news, we also know that Renault is cooking up a turbocharged version of the Triber. The new engine, a 1.0-litre turbocharged unit, is expected to develop 100PS of power and 160Nm of torque. Expect an update in the next few months after the Triber AMT’s launch.

As we know, the Triber is a well-loaded car for its price that can seat seven adults with ease. Some of its features highlights include an 8-inch infotainment system with Android Auto and Apple CarPlay, manual air-con, keyless entry with push-button start, digital dials, rear cooling vents, and projector headlamps. According to the report, the Triber AMT is expected to be offered in three variants: RxL, RxT and RxZ, with the omission of the base RxE variant.

The Triber enjoys a niche status in India as there is no other sub-4m MPV in the same price bracket. The AMT version is expected to command a premium over the standard Triber which starts from Rs 4.95 lakh (ex-showroom).