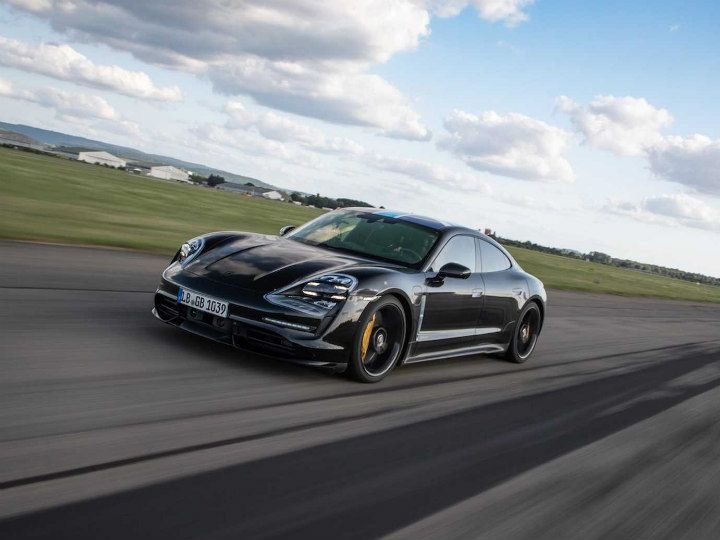 Mark your calendars as after months of testing and sneak peaks, Porsche’s first all-electric car, the Taycan, will make its global debut on 4 September 2019. The premiere will be livestreamed on the company's dedicated online TV microsite. Aside from this, the Taycan will also be revealed simultaneously in three key locations: China, Canada, and Germany. The livestream will commence around 3pm (CET) Germany, 9pm (CST) China and 9am (UCT-4) Canada.

The upcoming EV is built on the J1 platform and takes inspiration from the Mission E concept that was first revealed at the Frankfurt Auto Show in 2015. Although the Taycan has been spotted almost undisguised, it does hide some tidbits like black tape masking on its headlights, fake headlight vinyl and of course the fake exhaust tips at the rear. The Taycan gets design cues from the Panamera and the carmaker claims that it will slot between the Cayenne and the Panamera.

Technical specifications for the Taycan are yet to be revealed, but Porsche claims that it will have handling dynamics like the 911. The carmaker also claims that the Taycan will do a 0-100kmph sprint time of around 3.5 seconds and a top speed exceeding 250kmph. Its range is also expected to be around the 500km mark.

Coming to the battery specifications, it is expected that the Taycan will carry a 90kWh capacity, which is close to the Tesla Model S (100kWh). Porsche is also working on an 800 volt fast-charging setup that could give it around 100km of range in 4 minutes.

Porsche will commence Taycan sales in December 2019, with 20,000 units being produced for the initial year and more body styles like wagon/crossover coming in later on. The carmaker has also confirmed that the Taycan will make its way to Indian shores with an expected reveal at the upcoming Auto Expo and a launch in March 2020.