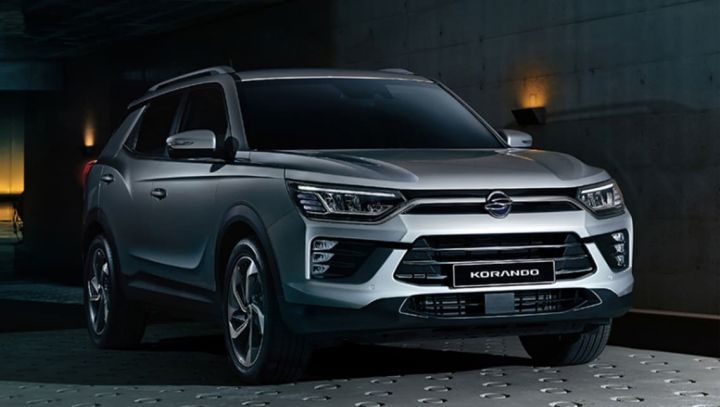 Mahindra’s South Korean subsidiary SsangYong has revealed more details about the 2019 Korando SUV, which is set to make its global debut at the upcoming Geneva Motor Show next month. Likely to inspire the next generation Mahindra XUV500, the 2019 Korando sits between the Tivoli and the G4 Rexton in Ssangyong’s global lineup.

Based on the stretched version of the X100 platform which also underpins the Tivoli and the recently launched Mahindra XUV300, the new Korando borrows design cues from the G4 Rexton and the SIV-2 concept that was showcased at the 2016 Geneva Motor Show.

Like its Korean counterpart, the XUV500 also sits between the recently launched XUV300 and the Alturas G4 in India, and could share the modified platform from the Korando here. This will be the only unibody platform in Mahindra’s portfolio apart from the two ladder frame platforms that underpin the Alturas G4 and the Marazzo MPV.

Inside, the new Korando gets the ‘Blaze Cockpit’ design, which in line with modern SUV standards, incorporates a 10.25-inch touchscreen infotainment system and a 9-inch digital instrument panel, giving the dashboard a premium appeal. It also gets mood lighting along with brown-and-black dual-tone upholstery to further accentuate the interior design.

Under the bonnet, the new Korando will be powered by an all-new 1.6-litre turbo-diesel engine. While the official specs haven’t been disclosed yet, the Korando is also likely to feature the 1.5-litre turbo petrol engine co-developed with Mahindra.

The Korando could also get electrified powertrains as well. And if not immediately, the next-gen XUV500 could also get them in India at a later stage. The Korando will be Ssangyong’s first all-electric SUV globally.

Since SsangYong was acquired by Mahindra way back in 2011, the latter has made strong strides in enhancing and widening its SUV portfolio in India. Whether it is the Alturas G4 or the recently launched XUV300, we have seen strong synergies between the two carmakers time and again. And with the new Korando, we can expect Mahindra to yet again use its learnings in the next generation XUV500 as well.