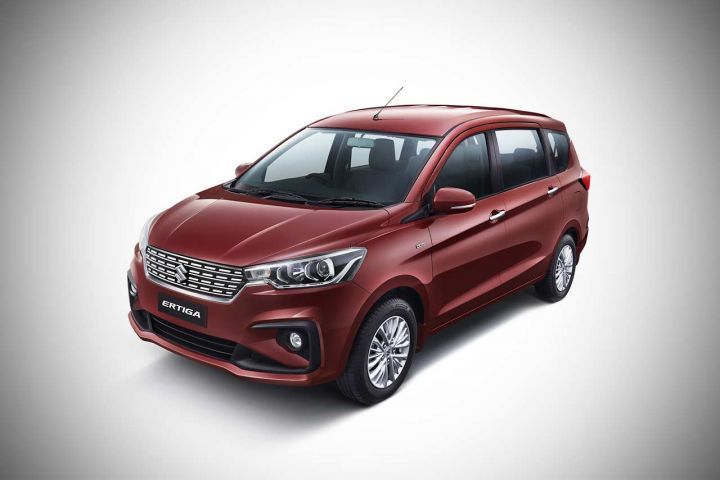 In what was one of the most hotly anticipated launches of 2018, Maruti Suzuki introduced the second generation Ertiga MPV yesterday. With prices starting at Rs 7.44 lakh (ex-showroom) the latest iteration of the Ertiga has stayed true to its core proposition of being a great value for money offering in the MPV space.

However, unlike its predecessor, which was also available with CNG, the new Ertiga is being offered with just the 1.3-litre diesel and the new 1.5-litre petrol engine option from the Ciaz. And while a CNG variant is not available just yet, Maruti has confirmed that the popular alternate fuel option will be available soon on the new Ertiga.

The delay can be attributed to Maruti still fine tuning the new K15B motor and its Smart Hybrid system for the CNG variant. The new 1.5-litre petrol engine with SHVS that has been borrowed from the Ciaz makes 105PS of max power and 138Nm of peak torque. It can be had with a 5-speed manual or a 4-speed AT gearbox.

On the previous generation Ertiga, Maruti used an i-GPI (intelligent-Gas Port Injection) Dual Engine Control Unit that was calibrated to deliver precise amounts of fuel into the engine under all throttle load conditions for maximum efficiency and optimum performance. It would be interesting to see as to how this system is paired with the new smart hybrid petrol engine and whether the fuel efficiency on the CNG variant would be even more than the 22.8 kmpl (combined) claimed on the outgoing model.

The upcoming CNG variant is likely to be offered from the VXi variant onwards. Expect it to be priced at a premium of anywhere around Rs 40,000 to Rs 50,000 on the petrol variants. So what do you think of the all-new Ertiga? Does it check all the right boxes for you as a versatile MPV? Do let us know in the comments below.