The Rain Forest Challenge India is among the toughest off-road events globally, and the fourth edition of the 4x4 event was won by Chandigarh’s Gurmeet Virdi 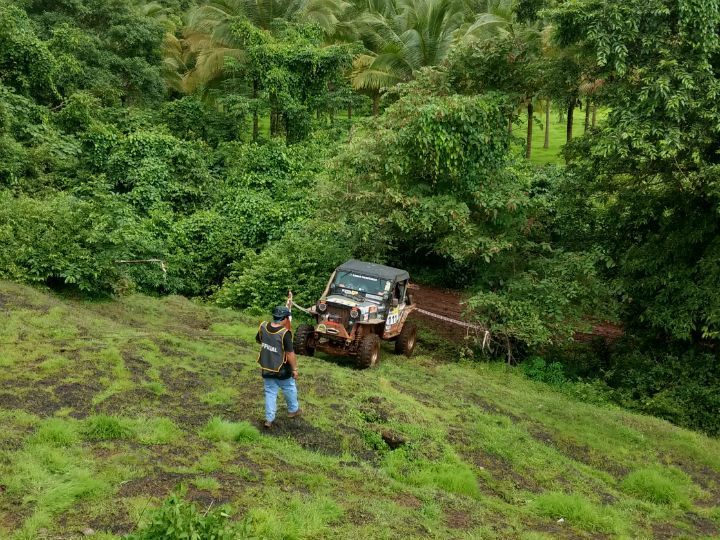 Off-roading is always fun as you get to slide and literally muck around while getting drenched in the rain. In my stint at ZigWheels, I have been fortunate enough to witness quite a few off-road events and I have never been disappointed by any of them as they deliver a high amount of action and visual drama. But watching the RFC (Rain Forest Challenge) was always an aspiration as most of my colleagues or fellow journalists who had covered the event told me that my perception of off-roading will change once I witness it. So when the invite for the 2017 RFC India came in I made sure that I wouldn’t miss it this time around, and, after a delayed flight from Pune, I found myself in the jungles of Goa to experience one of the toughest off-roading events held in India.

But before we move ahead with the race, let’s take a peek into the history of the event. The Rain Forest Challenge, or RFC as it is popularly known, was started in 1997 by Luis J.A.Wee. The basic idea of RFC is to make it a survival race which tested both the machine and the driver. The RFC is an extreme 4x4 event in which participants have to face mud, drenching rain, steep slippery slopes, deep ruts, gullies, flooded rivers, and landslides that are mercilessly demanding and dangerous. RFC is regarded as among the top 10 toughest motor races in the world and is the only race in Asia to feature in the list. The Indian leg of RFC started in 2014 and has been held in Goa ever since its inception with the support of Cougar Motorsports. From 22 teams in 2014 to over 40 teams in 2017, RFC India is slowly gaining popularity among Indian off-road enthusiasts.

The destination for2017 RFC was Quepem, Goa, which was more than an hour’s drive from the airport. When one normally thinks about Goa it is always the gorgeous beaches that come first to our mind, but its countryside has a beauty of its own and the lush hills of Quepem are a great example of that. I reached the event destination close to evening and the race had already begun, so I started following the tyre trails that led into the dense forests. After walking for a few minutes, I was finally able to see some participants and their mechanics working tirelessly to prep their machines. The off-road vehicles used came in varying sizes and were a sight to behold with their raised suspension, roll cages, winches and massive off-road tyres. From Thars to Gypsys to custom off-road creations, there was a varied array of vehicles which were nothing like the off-road vehicles that I had seen in the past.

The first event I saw was the Special Stage 18 (SS 18) which required the participants to make their way through a flowing stream before making an almost 60-degree climb to finish the stage. My first reaction was that there was no way a car would be able to make it up that large piece of rock after making its way through a stream, but well, I was in for a pleasant surprise. The driver carried momentum and tried to climb as much as he can. Two wheels of the vehicle were on the boulder while the rear wheels were in water.

The spotter came out of the car, climbed the boulder and winched the cable to a tree. Once the winch was attached, the driver started flooring the car while simultaneously engaging the winch and after struggling for a few seconds, voila, the car had crossed the boulder and the whole crowd started cheering. I had never seen something like this and it slowly started sinking why the RFC is regarded as among the toughest 4x4 events globally.

The next stage saw the cars climb a near vertical wall and ride through huge boulders which required more than the brute power of their car, and the clever strategy of the spotter who guided the driver to make his way through a very tight section of the track. Points are deducted if the driver touches any tree or crosses the narrow trail and on many occasions we could see the spotter and the driver getting into a heated argument. The humidity of the jungle was affecting me and I could only imagine how tough it would be for the participants who not only have to encounter the terrain but the tiring weather conditions.

As the sun started setting, I headed back to my hotel while the competitors started camping and I could only imagine what hardships these guys would be going through to stay in the jungle and face the elements. RFC only tests the participants physically but also mentally, and these guys were among the most passionate individuals I have ever met. A special mention should be made of their crew as well who start working on the cars as soon as it completes one stage to make sure it is in fit condition to keep on competing. There is also great camaraderie among the competitors as I saw them helping each other out with components as under such treacherous conditions mechanical failure is a daily affair.

In total there were total 28 stages, with the final two being held in Dona Paula. It was Gurmeet Virdi and his co-driver Kripal Singh Tung of Offroaders Chandigarh who emerged victorious in the 2017 RFC. Gurmeet’s car had toppled in one of the stages which meant the door crashed against his right hand, which resulted in a deep cut. Instead of getting his wound stitched, Gurmeet kept on driving as the stitches would have restricted his muscle movements and hampered his driving!

Gurmeet’s grit and determination meant that he extends his four-year winning streak at RFC India while Jagat Nanjappa (co-driver Chetan Changappa) of Team V5 Offroaders from Coorg finished second. The battle for third place went into the final stage with Gerrari Offroaders' Sanbir Singh Dhaliwal (co-driver Gurpartap Singh) clinching third place from Siddartha Santosh in the final moments. Gurmeet will get a monetary prize of around Rs 5 lakh and a fully paid-for entry into the RFC 2017 Grand Final in Malaysia, along with travel expenses. Cougar Motorsport will contribute Rs 2.5 lakh towards the cost of arranging the competition vehicle.

The newly instituted ‘Rookie of the Event’ award went to Goan driver Dattaraj Raut Dessai and his co-driver Pratik Prabhu Dessai for their exemplary performance out of all the 13 new teams that made their debut in the competition this year. The Lifetime Achievement Award was given to Mr. Vijay Kumar for his outstanding contribution to off-road motorsport in India. The 2017 RFC was a smashing success and we wish more off-road enthusiasts will participate in future events to make the 4x4 event more popular among the masses.