With three teams representing Team Gurkha, the Force Gurkha RFC India 2016 will be held in Goa from July 22 to July 29, 2016 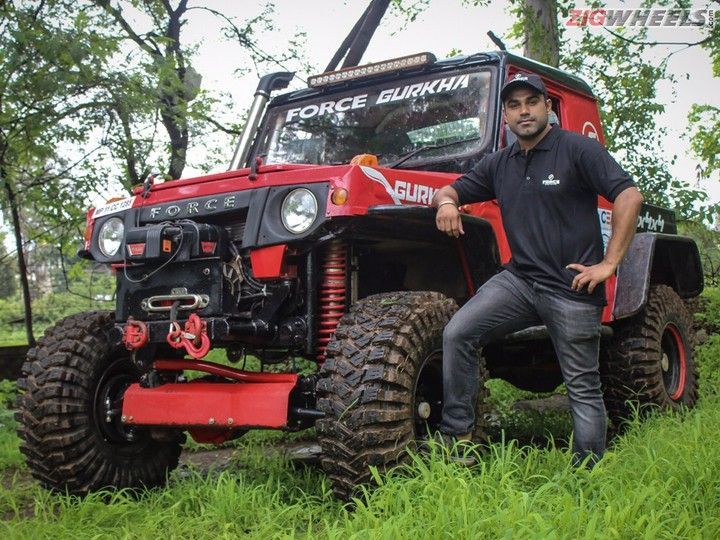 The Force Gurkha RFC India 2016 is just around the corner and commercial vehicle manufacturer Force Motors has signed Kabir Waraich, a seasoned off-roader, to compete for Team Gurkha in the event. Waraich, accompanied by his trusted navigator Gagan Sachdeva, will be seen in action piloting the Force Gurkha at this years’ off-roading event. The 2016 season on the RFC India will be held in Goa from July 22 to July 29.

The Force Gurkha has been the winner in both 2014 and 2015 seasons of the Rain Forest Challenge India, claiming top two positions. Force Motors aims to continue this winning streak for the third season by having its winning team lead by Tan Eng Joo from Malaysia with his navigator Tan Choon Hong. Mervyn Lim along with Hamizan Abdul Hamid as the navigator will form the second team.

Lastly, the third team will comprise of Kabir Waraich and Gagan Sachdeva (navigator) who have consecutively bagged the third position in both seasons of Force Gurkha RFC India. Veteran off-roader Waraich is part of the Gerrari Off-Roaders from Chandigarh and was the first Indian to compete in the RFC Malaysia-the mother event.

Speaking on the new partnership, Kabir Waraich said: “I am very happy to be associated with Force Motors and drive the extremely capable Force Gurkha at the RFC India 2016. I look forward to bettering my position this year.”

Force Motors will be retaining the same Gurkhas that were used in the previous season of RFC India. The off-roading machines are powered by Mercedes-Benz-derived TD 2200 common rail engine that are capable of churning out 138PS of max power and 320Nm of peak torque. Standing on 37-inch Maxxis Trepador tyres, the Gurkhas are equipped with all-coil spring suspension setup with long travel shock absorbers to tackle rugged and unforgiving terrains.