In the north chapter of the Force Gurkha RFC India 2016, Tejinder Pal Singh of Gerrari Offroaders Chandigarh attains podium finish in the inaugural stage of the off-roading event 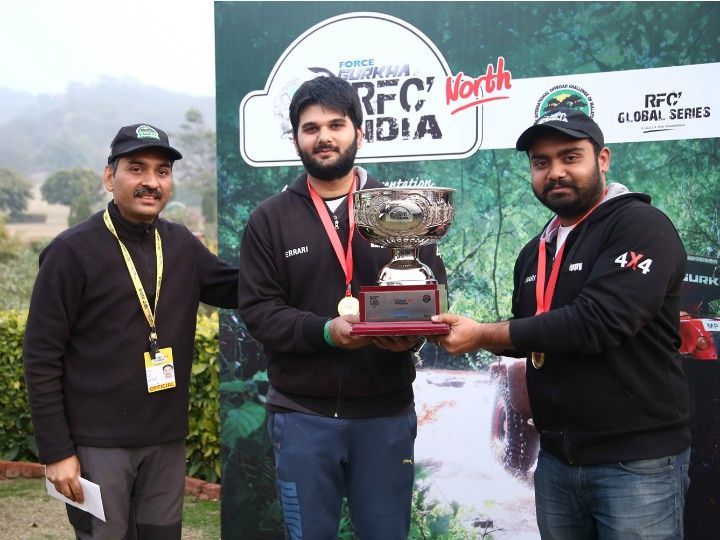 The north chapter comprises two days of pure off-roading where the participants have to display their driving and vehicle recovery skills under extreme terrain conditions. Tejinder Pal Singh (Harpreet Singh) of Gerrari Offroaders Chandigarh with his Mahindra CJ3B scored 462 points out of 500 points overall. Tejinder’s acute driving skills helped him to achieve perfect 100 points for three out of the five Special Stages.

As a part of victory of the north chapter, Tejinder will receive a wild card entry to the Mother Event of the Force Gurkha RFC India 2016 which will be held in Goa from 22nd-29th July.

Commenting on the completion of the north chapter, Ashish Gupta, Cougar Motorsport’s Founder & Director, said, “I am happy that we could do what we had planned and announced, with so many new talented people coming to the forefront and showcasing their offroad motorsport skills with immense confidence. These are the future stars of off-road motorsport in India and I am happy that we have been able to give a boost to their talent through the RFC India platform.”

“I was astonished to see such a large number of people coming to witness the event, a clear indication that there is a growing audience for this sport in India. I hope that the South India Chapter will also be as thrilling and we will see some great action in Bangalore next weekend”, he further added.