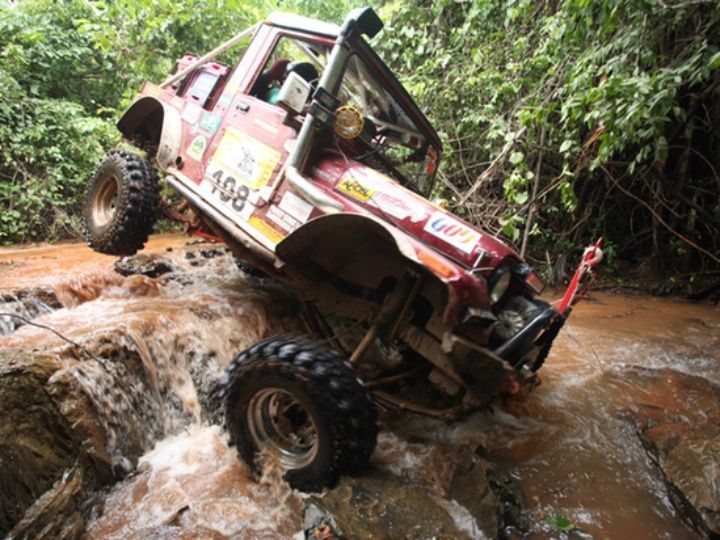 Force Gurkha Rain Forest Challenge (RFC) India is an off-road event held in the country. It is the Indian chapter of the Malaysian Rainforest Challenge that commenced in 2014 and is India’s first international off-road motorsport event. This time round, the Force Gurkha RFC India will have regional chapters of the north and south conducted in January 2016. Cougar Motorsport, a Delhi-based company reserves the franchise rights for RFC, have struck a deal of partnership with two of the biggest off-roading clubs of India – Gerrari Offroaders Chandigarh and the Bangalore Offroaders Development Association (BODA).

To give you an idea, Force Gurkha RFC India part of the RFC Global Series that includes events in Italy, West Russia, Sri Lanka, Vietnam, Tunisia, China & Australia. RFC is an extreme off-road motorsport event which follows the concept of survival of the fittest. In the main event held in Goa, it will have 26 Special Stages (SS) which tests the competitors’ driving and vehicle recovery skills under challenging conditions. Marks are given on the basis of completion of each SS which are added to the team kitty, thus determining the winning team with the maximum points at the end of competition. RFC India will consist of six SS competitions with different level of difficulty planned by Cougar Motorsport. To encourage more participation of people, the overall competition and vehicle modification rules have been simplified.

Speaking on the RFC India competition, Ashish Gupta, Founder & Director, Cougar Motorsport, “The objective of launching the Regional Chapters is to demystify RFC India for a majority of the off-roading enthusiasts of the country who have been unable to witness the Mother Event in Goa so far. The BODA and Gerrari Offroaders annual events are among the most prestigious off-road events of the country where off-roaders from all parts of the country converge for adventure, bonding and knowledge sharing. We want to give them a taste of RFC India, right from vehicle preparation to the toughness quotient of the competition, by inviting them to compete in a few Special Stages at a nominal cost.”

The north regional chapter of Gerrari Offroaders Chandigarh’s Offroading Mania will be held on the outskirts of Chandigarh on 16-17 January and BODA’s annual OTR will be held on 23-24 January, 60 kms outside the city of Bangalore. Being non-competitive adventure activities, these events will be a definite boost to the off-roading culture in India. The RFC India event, on the other hand, will be a competitive event, in which the winner gets a free entry in the Force Gurkha RFC India Mother Event held from 22-29 July, 2016 in Goa.