With minor updates on the outside, the biggest change will be the deployment of the 2.2-litre BS-IV engine, from the Force One, under its hood 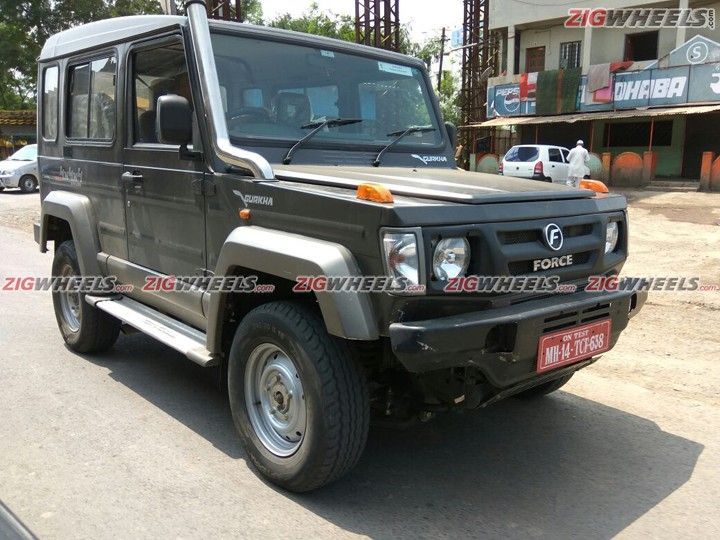 The Force Gurkha is an SUV that might not be well known by the masses, but in the off-roading fraternity, the SUV is possibly one of the best on offer in the Indian market. Launched in 2013, the Gurkha is an Extreme Off-road Vehicle (EOV) by Force Motors that has not received any updates since its introduction. Now, we have got exclusive images of the face-lifted Gurkha before its official launch.

The spied images clearly reveal that the face-lifted Gurkha gets an updated front fascia with all-new bumper and grille design. Force has chucked the large trapezoidal grille for a horizontal one, which looks much better. The production model will receive a silver grey colour treatment for external plastic body panels. The test mule also features round headlamps, while the production-spec model will receive rectangular units filling up the exposed area. Moving to the sides, there is no significant change as the metal body has not undergone any variations. Being a test mule, the SUV had steel wheels. However, being the top-spec 4x4x4 model, the production will get alloy wheels. At the rear, the design is almost identical to the current Gurkha apart from a few changes. The facelift gets rectangular tail lamps instead of the circular ones. The rear bumper has also been restyled and is now slimmer and goes better with the design of the SUV.

The biggest change in the Gurkha’s facelift will be under its hood. The current Gurkha is powered by a 2.6-litre diesel mill that develops 82PS of power and 230Nm of torque and  is BS-III compliant. The facelift will get the 2.2-litre engine that does duty in the Force One. The oil burner is capable of producing 141PS of power and 321Nm of peak torque. The main reason for using this motor is that the 2.2-litre mill is the fact that it is BS-IV complaint, thus fulfilling the vehicle registration requirement for the Gurkha in metro cities.