The Mahindra Scorpio wins the 2014 ET ZigWheels SUV/UV of the year award. New Mahindra Scorpio did have its work cut out this year though going up against the likes of the Honda Mobilio which was another strong contender for the UV of the Year crown. 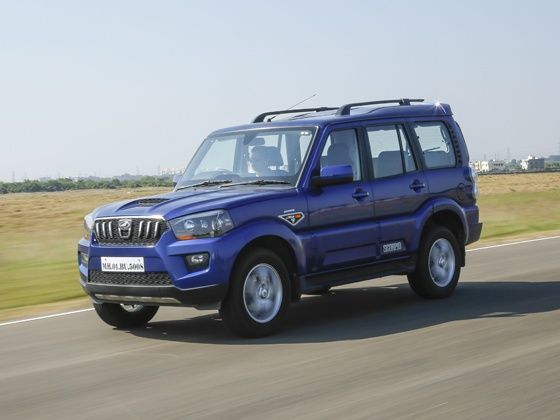 The UV segment is India’s fastest growing segment. With a bunch of categories covering the UV spectrum, including MUVs, family UVs, SUVs, compact SUVs and of course, luxury SUVs, it is always difficult to choose a clear winner. This year too, with four very different finalists all fighting for the same crown, the jury really had its work cut out for them. That said, in the end, a clear winner did emerge in he form of the newest avatar of the evergreen and highly successful Mahindra Scorpio.

The Scorpio, more than a decade old since the first time it was launched, is now in its third major facelift and with every new generation gets better than before. Not only does the new Scorpio look more up-to-date than earlier, the new interior and upgraded performance too went a long way in impressing the jury. What we are thankful though is the fact that the Scorpio still hasn’t lost its rugged SUV charm in exchange for something softer and more docile.

The diesel engine, the same as before, a 2.2-litre CRDe turbocharged, 4-cylinder unit pulls well and the gearbox too is a huge improvement from earlier. Handling too has been greatly improved, with the addition of the 17-inch wheels and slightly lower profile tyres making a world of difference to the way the Scorpio can take corners. Sure, there is still a noticeable amount of body roll, but then that is expected of a big brutish SUV.

The new Mahindra Scorpio did have its work cut out this year though going up against the likes of the Honda Mobilio which was another strong contender for the UV of the Year crown.