Benelli TRK 502X Is Back And More Affordable 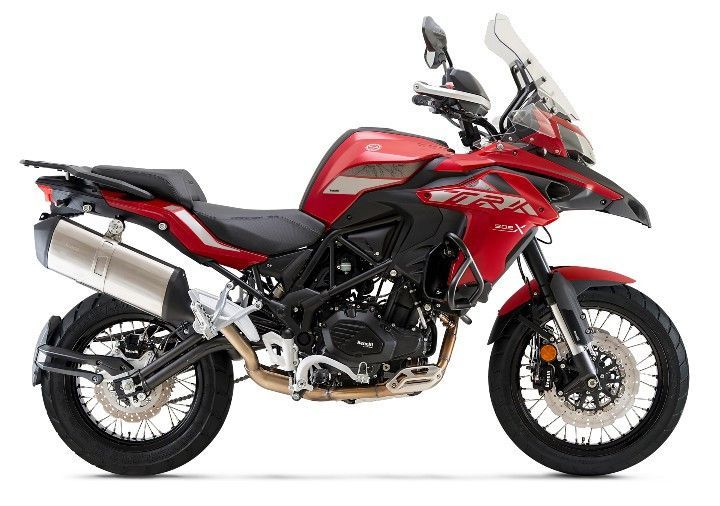 Recently, our sources revealed that Benelli was all set to launch the BS6 TRK 502X in India, and the manufacturer has done just that. The X is essentially an off-road variant of the TRK 502 and packs an off-road-oriented kit. For 2021, the TRK 502X has received some new features, a cleaner engine, and more importantly, a price cut.

Benelli has launched the TRK 502X BS6 at an introductory price of Rs 5,19,000 for the Metallic Grey colour, whereas at Rs 5,29,000 (ex-showroom, India) for the Pure White and Benelli Red. This makes the base TRK 502X Rs 40,000 dearer than the standard TRK 502. That said, the previous iteration of the TRK 502X came at Rs 5.40 lakh, which therefore keeps Benelli’s price-cut trend intact. The manufacturer has commenced bookings across its 41 dealerships for a token of Rs 10,000.

The 502X goes up against the Honda CB500X while also serving as an alternative to the Kawasaki Versys 650 and the Suzuki V-Strom 650XT. That said, with Honda launching the CB500X at a shocking price, the TRK 502X is pleasantly affordable.

Like with the TRK 502, Benelli has taken an if-it-ain’t-broke-don’t-fix-it approach. The 502X gets an updated semi-digital instrument cluster (with enhanced readability and new backlit switchgear) along with a USB port. It also gets new aluminium knuckle guards, a bash plate, and a new mounting plate at the rear for ruggedness and increased practicality.

Further, the TRK502X comes with re-designed, wider mirrors for better visibility, while the adjustable handlebar is now finished in black with a company logo in the middle. Benelli has also tweaked the seat for improved comfort, and it is said to be plusher and better-padded than before.

Everything under the skin has remained unchanged. The TRK 502X is powered by the same liquid-cooled 500cc twin-cylinder engine tweaked to adhere to BS6 norms. It churns out 47.5PS and 46Nm, paired with the same six-speed gearbox. However, unlike the standard 502, this one gets an upswept exhaust, resulting in a higher ground clearance of 220mm.

The underpinnings haven’t changed as well. The TRK 502X BS6 employs a USD fork and monoshock, while braking hardware comprises twin-disc and a single rear-disc with dual-channel ABS as standard. The bike rides on 19-inch front and 17-inch rear tyres with spoke wheels, wrapped in dual-purpose rubber, unlike the alloys and road-biased rubber on the TRK 502.

It’s nice to see that Benelli has expanded its BS6 portfolio with the TRK 502X. Thanks to its current feature set, off-road capabilities, and a cleaner motor, the TRK 502X has undoubtedly gotten better than before. More importantly, all these come at a lower price tag than the BS4 502X. That said, even with its off-road kit, the 502X doesn’t really justify the Rs 40,000 premium over the standard 502.