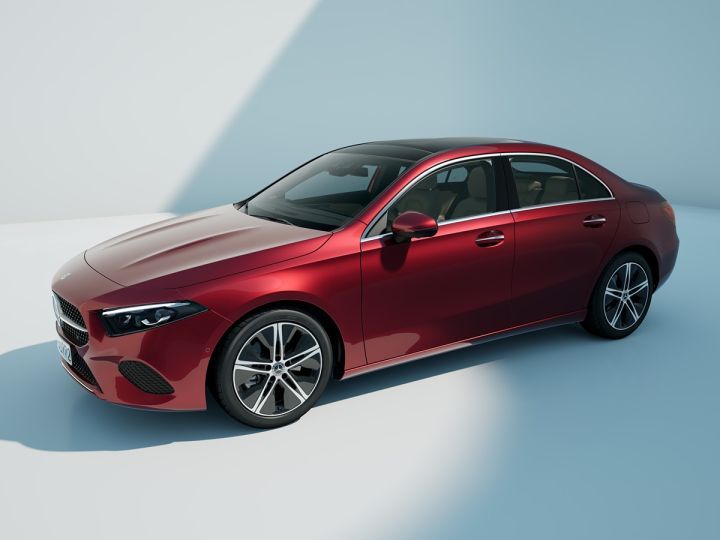 The new Mercedes A-Class sedan and hatchback have been unveiled overseas. Both cars get a mild facelift alongside updated features and new electrified petrol powertrains. The A-Class sedan is the entry-level product in Mercedes’ lineup in India and should receive the updates soon, possibly by early 2023.

What’s different in the new A-Class?

On the outside, the new A-Class sedan has a revised front end with new LED headlights and eyebrow DRLs that are now flush with the shark nose grille. The grille features a new star pattern and slimmer centre chrome trim piece with an oversized Mercedes logo. Lower down, the air dam now features a sportier trapezoidal design instead of the earlier oval part.

Changes to the rear end are much less apparent – the most noticeable feature are the split LED taillights that are distinct from the previous A-Class’s Y-shaped LED elements.

Inside, the A-Class sedan looks largely similar to its predecessor but gets a slew of new features. These include a fingerprint sensor for driver identification, standard comfort seats with lumbar support made from recycled materials and a revised telematics system.

As before, the A-Class gets dual 10.25-inch displays for driver’s instrumentation and infotainment, “Hey, Mercedes” voice commands and ambient lighting.

The driver-assistance features now include Active Steering Control to help with the lane-keeping assist function. The India-spec model should get the new ADAS tech alongside the next-generation Parking Package, Mirror Package and the new 360-degree camera.

There are major changes under the bonnet for A-Class models overseas with the addition of new plug-in hybrid powertrains. The India-spec sedan is likely to continue with the same 163PS 1.3-litre petrol and 150PS 2-litre diesel engines as before, but the petrol engine now gets a mild-hybrid system with a 10PS e-motor dishing out 14Nm.

The Mercedes A-Class is likely to carry a steeper price tag than the existing sedan that retails from Rs 42 lakh (ex-showroom pan-India). Once launched, it’ll rekindle its rivalry with the BMW 2 Series Gran Coupe. 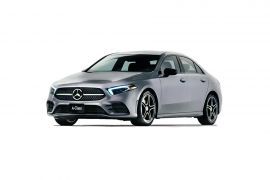 All Comparisons of A-Class Limousine