It’s offered in two trims -- standard and the AMG A35 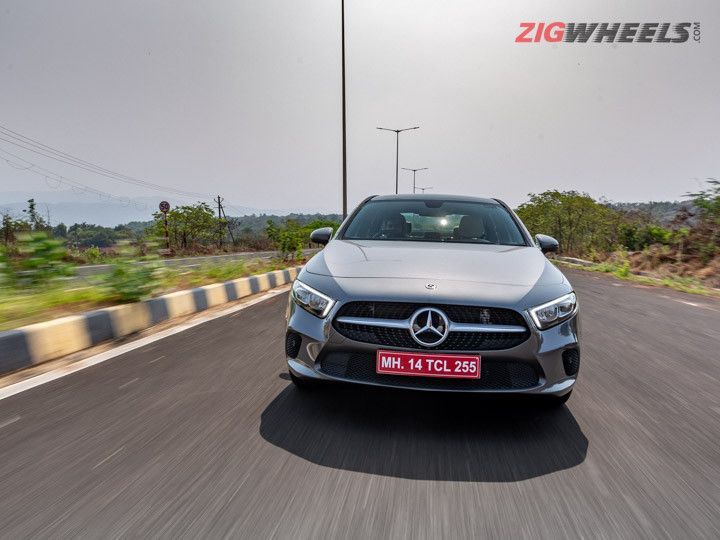 Its launch was long due. But thankfully, Mercedes-Benz India has finally debuted its newest entry-level model, the A-Class Limousine, at prices starting from Rs 39.90 lakh (ex-showroom, India). A successor to the A-Class hatchback and the CLA sedan, the limo has got a lot to offer for a model that's only a curtain-raiser to the rest of the lineup.

On the outside, it's an out-and-out modern Mercedes, flaunting a curvy front fascia and a wide and simple front grille. Complementing this are wrap-around LED headlamps and taillamps. Also, at 0.22cd, it has the lowest drag coefficient for any production car in the world today. The upright roofline is appropriate for tall rear-seat occupants. The boot space is 405 litres.

While it is an entry-level model, the A-Class sedan on the inside looks just as premium as its larger, more expensive siblings. The highlight is, of course, the classic dual 10.25-inch screens consisting of the touchscreen infotainment system and digital driver’s display. The 64-colour ambient lighting, with its streaks on the dashboard and the AC vents, adds to the appeal.

Powering the A-Class Limousine is a 1.3-litre petrol pushing out 163PS and 250Nm and a 2.0-litre diesel engine delivering 150PS and 320Nm. While the former is paired with a 7-speed DCT, the latter is mated to an 8-speed DCT.

As if that wasn’t enough oomph, there’s also the spicier AMG A35 trim, utilising a 2.0-litre turbocharged petrol engine that generates 306PS and 400Nm of torque. It is paired with a 7-speed DCT (distributing power to all four wheels), can go from 0-100kmph in 4.8 seconds, and has a top speed of 250kmph.

Mercedes-Benz is also offering a mammoth eight-year warranty. There’s a two-year service package priced at Rs 61,200 (petrol) and Rs 73,200 (diesel). For the AMG A35, it's Rs 63,600 for as many years. We had our first tryst with the A-Class Limousine, and you can read more about it in our first drive review. It rivals the BMW 2 Series Gran Coupe, and will also lock horns with the upcoming 2021 Audi A3.