The third-generation Scorpio is expected to be launched in June, which will mark its 20th anniversary 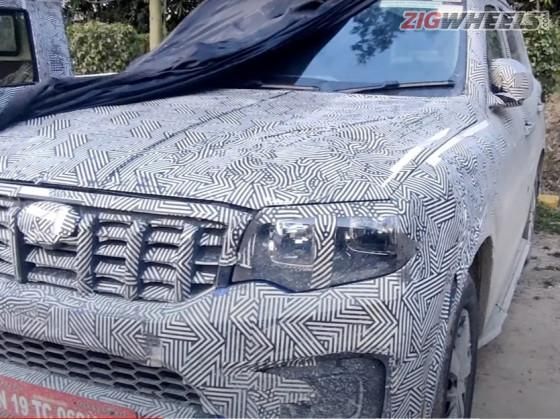 The automotive paparazzi seems star-struck by the new Mahindra Scorpio, with pictures of its base variant now surfacing online. And by the looks of it, the Scorpio’s base variant doesn’t seem to be too barebones. Likely to be launched in June on what will be the 20th anniversary of the launch of the first-gen Scorpio, Mahindra has already started pre-launch activities and is slowly starting to reveal details.

As expected in a base SUV, the new Scorpio’s lower-spec trim misses out on a few niceties. For starters, it gets dual-barrel halogen headlights instead of an LED unit. Plus, the steel wheels take position instead of the new five dual-spoke alloys. The SUV is still under wraps, so we don’t know the finer details. But the base variant is likely to lose on chrome touches as well.

What we also don’t know is the features that will be limited in the SUV’s base trim. That said, top-spec models will get plenty of new options, including dual-zone climate control, a single-pane sunroof, connected car tech, off-road modes, roof-mounted speakers (probably branded), and most probably six airbags.

Another important aspect that has come to light is the diesel engine. The 2.2-litre mill will probably be offered in two tunes: 130PS (from the Thar) and 155PS. The base variant is likely to get the manual gearbox, with the automatic transmission and four-wheel drive limited to higher-spec versions. A 2-litre turbo-petrol mill will also be on offer.

Prices for the new Mahindra Scorpio are expected to begin from Rs 10 lakh onwards. It will lock horns with the Hyundai Creta, Kia Seltos, Skoda Kushaq, Volkswagen Taigun, and the MG Astor.