Ola’s First Electric Car Is An Indianised Tesla, Will Be The Quickest Domestic EV 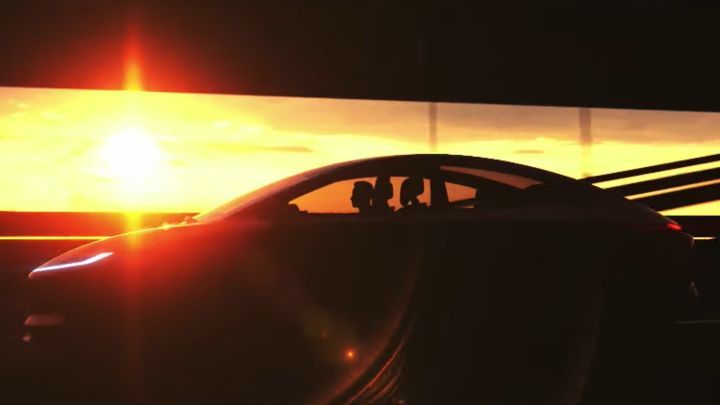 Ola Electric has given us a tiny glimpse of its first four-wheeled EV. Due to arrive by mid 2024, the new EV will be a quick crossover coupe with a full glass roof, sort of like an Indianised Tesla Model Y.

The Ola EV will be priced at around Rs 40-50 lakh (ex-showroom) at launch, putting it in the crosshairs of global EVs such as the Volvo XC40 Recharge.

The automaker partially revealed the concept EV’s design, revealing key design cues such as a full glass roof, crossover body style and a full-width LED running light. According to Bhavish Aggarwal, CEO of Ola Electric, the new EV will have a full panoramic glass roof and be extremely aerodynamic with a drag coefficient (Cd) value of under 0.21 (on a par with the Lucid Air electric sedan).

We don’t know much about the Ola EV’s specs, but it has been confirmed to deliver a claimed range of over 500km on a single charge. The electric coupe will have enough power to get from 0-100kmph in under 4 seconds – quicker than any other India-made car, electric or ICE!

In addition, the electric car will be equipped with numerous cutting-edge technologies that have been developed in-house by Ola. These include the MoveOS operating system and assisted driving capabilities (ADAS) “as good as any other car in the world.”

“It’ll have the best performance, best design and the best technology ever built in a car in India,” Bhavish claimed. He also said the EV will not only be keyless, “but literally handle-less,” since the EV will be equipped with electronically opening doors.

Alongside its new EV, Ola Electric also inaugurated its Battery Innovation Centre where future batteries will be developed. It’s fully equipped with in-house testing and research facilities and even has a battery production unit where prototypes are being manufactured for testing.

The Ola EV will likely be powered by the automaker’s new 2170 Lithium ion cell. The new battery, as well as the four-wheeler itself, will be built at Ola’s Futurefactory complex in Tamil Nadu. Expect the EV to be equipped with fast charging capabilities, too.

Ola’s new EV is a new leap in innovation for an Indian carmaker. It’ll offer a better range and likely more power than EVs from mainstream domestic carmakers. That said, given its expected pricing and specs, it’ll be a direct rival to the Kia EV6 instead of mainstream Indian EVs.