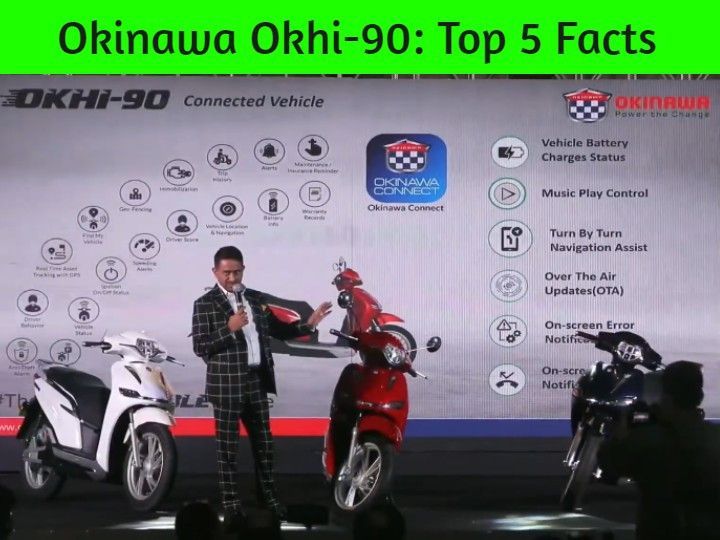 Okinawa Autotech has finally launched its flagship electric scooter, the Okhi-90. It is loaded with features and claims impressive figures, and the company will be hoping to give other premium electric scooters a run for their money.

In terms of appearance, the Okhi-90 is not similar to any other product in the market. It takes the cake with its massive 16-inch wheels -- sort of unusual for a scooter -- that should improve the ride quality and offer a high ground clearance. It has a bold and clean design with features like a chrome finish trim on the sides and all-LED lighting. We reckon the scooter will appeal to a broad buyer base, riding on its attractive styling.

Range
Unlike other e-scooters in the brand's portfolio, the Okhi-90 is powered by a belt-driven centrally mounted 3.8kW motor. It is paired with a 72V 50Ah removable lithium-ion battery pack that claims an impressive 160km of range, which isn't just the highest in Okinawa's lineup but also more than the claimed range of the Bajaj Chetak, Ather 450X and TVS iQube Electric.
The Okhi-90 gets two ride modes, and the company claims that the e-scooter can go up to 85-90kmph in 'Sport' mode and 55-60kmph in Eco mode. Okinawa also claims a 0-90kmph acceleration time of just 10 seconds.

Features
The EV packs a fully digital instrument cluster with turn-by-turn navigation, keyless start, and an anti-theft alarm. Connectivity features include smartphone and Bluetooth connectivity, notifications, OTA updates, geo-fencing, and music control. The 40-litre underseat storage is the biggest in its segment, plus you also get a boot light and a USB charging port. For extra practicality, it also features an apron-mounted glove box and utility hooks, all LED lighting, and a light sensor for the headlight.

Rivals
Being in the premium segment of electric scooters, the Okhi-90 goes up against the big leagues and competes with the Ola S1 Pro (Rs 1.10 lakh), Ather 450X (Rs 1.38 lakh), Bajaj Chetak (Rs 1.15 lakh) and Simple One (Rs 1.10 lakh) ex-showroom Delhi. With the features and claimed range that it boasts, the Okhi-90 seems like a very capable rival for these premium e-scooters, at least on paper.

Bookings for the electric scooter are open online, with test rides commencing at authorised dealerships from next week, followed by deliveries starting in about 30-60 days. Additionally, Okinawa is also offering a three-year warranty on the battery. 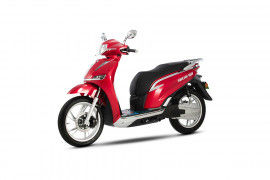