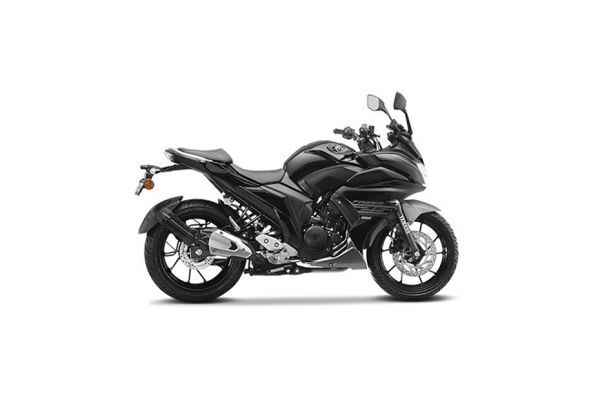 Yamaha Fazer 25 is a sports bike launched at a base price of Rs. 1.45 lakh in August 2017 by Yamaha in India. Fazer 25 is powered by 249cc engine claiming mileage of 32.9kmpl. Fazer 25 has a single cylinder, 4-stroke, 2-valve, sohc engine and a 5 speed gear box. Yamaha Fazer 25 comes with disc breaks in front and rear with a support of ABS. It is available in 2 colours.

Yamaha has announced a recall for the Fazer 25 in India. The problem lies in the engine head cover bolt coming loose. According to the brand, 728 units of the Fazer 25 have been affected. The owners of the affected bikes will be contacted individually by Yamaha’s authorised dealers and repairs will be carried out free of cost.

Yamaha recently increased the price of the Fazer 25 by Rs 500, pushing the price of the bike to Rs 1,44,680 (ex-showroom Delhi). Expect the price to go up further by around 10-15 per cent for the BS6-compliant model.

The fully-faired iteration of the FZ25 comes equipped with an air-cooled 250cc engine with oil cooler. It puts out 20.9PS power at 8000rpm and 20Nm torque at 6000rpm. The bike employs a telescopic fork and a monoshock. Its braking setup comprises of discs at both ends with dual-channel ABS as standard. In terms of rivals, it competes against the Suzuki Gixxer SF 250 and Honda CBR250R.

The Fazer 25 carries forward the same underpinnings of the FZ 25. Power is courtesy a 249cc air and oil-cooled fuel-injected single-cylinder motor. Output is 20.9PS at 8000rpm and 20Nm of torque at 6000rpm. Performance and dynamics is expected to be slightly duller than the FZ 25 as the Fazer 25 weighs 6kgs more. Nevertheless we expect the bike to perform well at low revs thanks to the short gearing. The motor is refined though the engine would feel strained at touring speeds due to its shorter gearing. Suspension includes telescopic front forks and linked rear monoshock. Braking is via disc brakes at the front and rear.

The Fazer 25 is a tourer based on the FZ 25. The Fazer 25 uses the FZ 25’s underpinnings and bodywork with the addition of a full fairing. The new fairing is well-integrated into the body work and looks good when viewed from the side though the front could have been designed better. The bike gets two two-tone colour options. The feature list is similar to the FZ 25 though the Fazer gets an extra horn. It gets LED headlamp with DRL’s integrated into the fairing, fully digital instrument console and a floating flyscreen.

Bajaj Pulsar RS 200: The Pulsar RS 200 is a 200cc faired sports bike. Its sportiness comes in the form of a perimeter frame and gas charged rear monoshock that makes the RS 200 a hoot around corners. The bike gets twin projector headlamps and LED tail lamps and indicators. Power comes courtesy a 199.5cc liquid cooled and fuel injected single that makes 24.5PS at 9750rpm and 18.6Nm of torque at 8000rpm. The RS 200 is priced at Rs 1,21,894 (ex-showroom Delhi). The ABS version retails for RS 1.33.747.

We get astride Yamaha’s first ever full-faired Fazer, which also happens to be made in India, to find out if it’s got the goods to be an efficient tourer