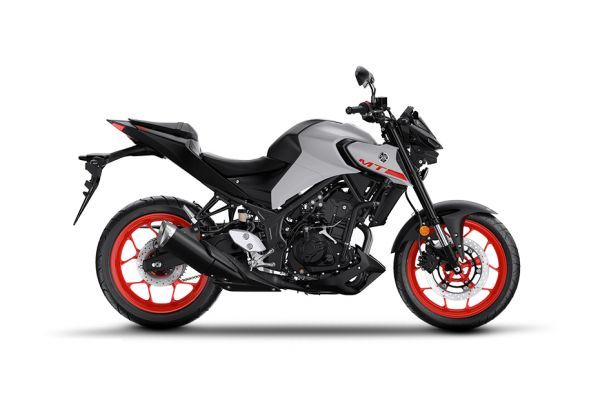 While the world media is going gaga over the new Yamaha MT-10 that was showcased prior to its official launch at the 2015 EICMA Motorcycle Show in Milan, Italy today, the motorcycle that actually holds a higher importance in the Indian context is the new Yamaha MT-03. The Yamaha MT-03 was showcased to the media in a gala event in Milan and the motorcycles were ridden on stage by Yamaha MotoGP riders Valentino Rossi and Jorge Lorenzo. 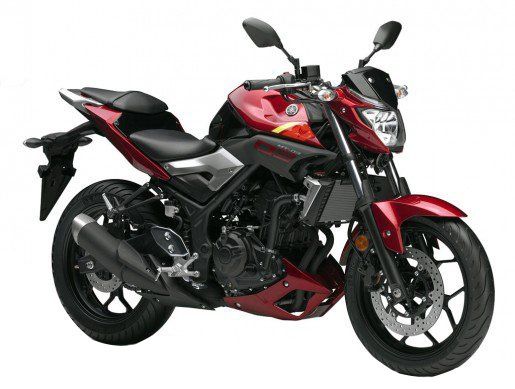 The new Yamaha MT-03 is basically the naked version of the Yamaha YZF-R3 that was launched in India recently. The styling of the Yamaha MT-03 is exactly similar to its 250cc sibling, the Yamaha MT-25. The design language of the Yamaha MT-03 is akin to street bikes with a beefy tank, petite tail lamp, and exposed frame along with sharp and edgy lines that should please the naked bike loyalists. Apart from the design changes, Yamaha boffins have also fine tuned the riding position to better suit to the street bike riding dynamics and seat height is also low at 780mm. The Yamaha MT-03 has dumped the clip-on bars for a more conventional single piece and wide handlebar that will endow the rider with an upright and comfortable riding stance.

The Yamaha MT-03 is powered by the same parallel-twin motor as seen on the Yamaha YZF-R3, good enough for 43PS of peak power and 29.5Nm of peak torque. The powerplant has been mated to a 6-speed transmission. Braking is handled via disc brakes at both ends while ABS is standard (the Yamaha R3 sold in India doesn’t get ABS). The MT-03 employs cast aluminium wheels with a 140/70 rear tyre and 120/70 front. Expect the Yamaha MT-03 to be showcased at the 2016 Auto Expo with a possible launch by late 2016. The Yamaha MT-03 will be brought in via the CKD route to India with a sticker price of under Rs 3 lakh and compete against the likes of the Kawasaki Z250, Benelli TNT300 and the upcoming BMW G301 R.