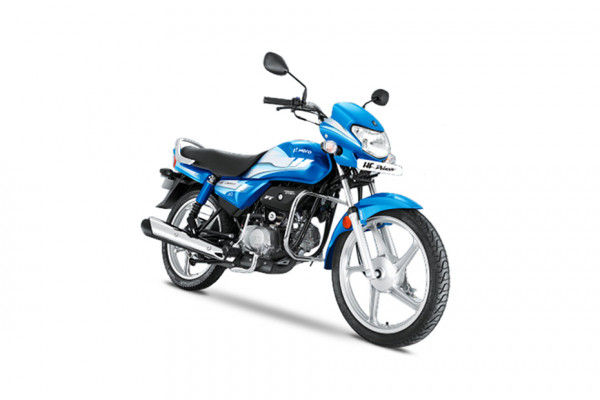 Select dealerships across the country are offering a discount of Rs 10,000 on the Hero HF Deluxe BS4. You can read more details about the terms and conditions here.

The Hero HF Deluxe is one of the brand’s best-selling motorcycles in the Indian market, racking up consistently high sales numbers over the years. This no-nonsense commuter motorcycle has finally been updated to comply with the BS6 emission norms.

The BS6 Hero HF Deluxe is around Rs 8,500 more expensive than its BS4 counterpart, variant-for-variant. The Hero HF Deluxe BS6 base variant is priced at Rs 55,925 and the top-spec self start with alloy wheels and i3S technology will set you back by Rs 57,250 (both, ex-showroom Delhi).

The Hero HF Deluxe BS6 is powered by a 8.02PS at 800rpm and 8.05Nm at 6000rpm. In comparison, the BS4 Hero HF Deluxe produces 0.34PS less at the same rpm. Interestingly, the peak torque is the same as the BS6 model but it arrives at 1000rpm earlier. The engine works in conjunction with a 4-speed transmission. The Hero HF Deluxe BS6 is built on a double-cradle frame with a telescopic front fork and twin rear shock absorbers. Brakes include 130mm drum with combined braking system and the alloy wheels are shod with tubeless tyres on both ends. The motorcycle tips the scales at 109kg for the kick-start variant and 112kg for the self-start model.

The Hero HF Deluxe has always been a conservatively-styled motorcycle and the BS6 Hero HF Deluxe is no different, save for the new colour schemes and graphics. It does look slightly better than the long-in-the-tooth Hero Splendor. The bikini fairing is complemented by a conventionally designed fuel tank with a handy toolbox located below. The long single-piece seat is amply cushioned and the motorcycle gets a single-piece grab rail for the pillion.

The Hero HF Deluxe BS6 top-end variant features an idle Stop Start System, which shuts off the motor when it is idling for a while in traffic. The engine comes back to life once the clutch lever is pulled. This feature can be turned off via a switch on the right side of the handlebar. The motorcycle comes with an analogue instrument cluster and a halogen headlamp. As far as safety features are concerned, it gets a combined braking system as standard.

What is the price of Hero HF Deluxe Top Variant?

What is the EMI of Hero HF Deluxe in Delhi?

What are the top competitors of Hero HF Deluxe?

Does the Hero HF Deluxe have ABS feature?

No, ABS feature is not available in Hero HF Deluxe. View full specification of HF Deluxe.

What are the colours available in Hero HF Deluxe?

What is the fuel capacity of the Hero HF Deluxe?

The fuel tank capacity of Hero HF Deluxe is 9.6 L.

How many variants are available for Hero HF Deluxe?