Surely a smaller engine and no DSG must mean a step down in the fun factor of the new Polo 1.0 TSI 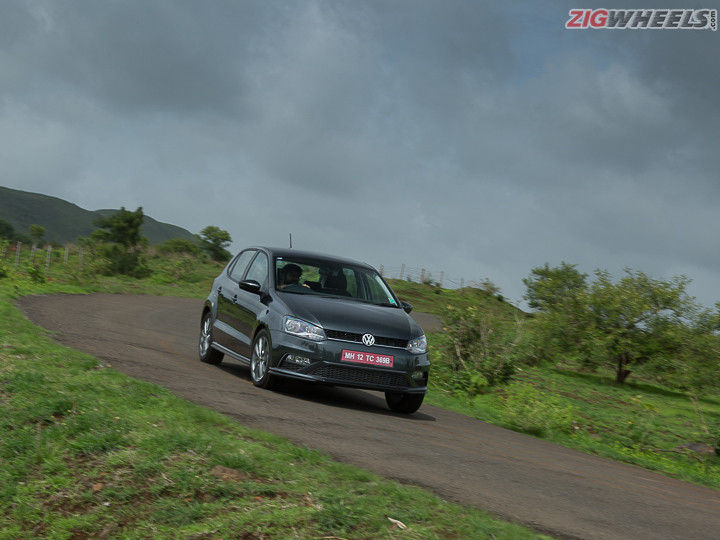 The Polo was always a nimble car, one that brought a dynamic sophistication that was sorely missing before it to the hatchback segment. This agility was perfectly matched with the initial 1.6 petrol and then later with the GT twins that were introduced in 2013. But the Polo started to lose some of its sheen when the GT diesel was axed from the lineup. And when it was announced that the 1.2 TSI was going to be replaced with a 1.0 TSI, we were a little taken aback. Yes, the power and torque figures were promising but there’s no replacement for displacement, right?

Downsizing is a good thing!

No, we haven’t lost the plot, if downsizing can be worked the way Volkswagen have managed with the new Polo then it really can be good news. Let's start with the numbers first. The new 1.0-litre TSI makes 110PS and 175Nm. That’s an improvement of 5PS with the same amount of torque produced from the smaller displacement engine, so things start off on the right foot.

And pushing down hard with that same foot is also a little more impressive than before. So in terms of an outright numbers game, the new Polo is faster to the 100kmph sprint than the outgoing car: 9.66s vs 10.61s. That’s just a fraction under a second faster than the old DSG equipped car. One of the reasons for this is with a manual gearbox we are able to better launch the new Polo better using a higher 3500rpm vs the DSG equipped car, which forced you to launch from a lowly 2000rpm, which is just below ideal. The added 5PS helps of course, as well as the slightly lighter kerb weight of 1.0 TSI Polo, which is 37kg lighter than before.

This lighter weight also means that the Polo also feels just as nimble around corners as it always did. The turn-in is quick and the slick shifting 6-speed gearbox gives you that great connection to the car and makes the whole driving experience even more engaging. In fact, the Polo really feels like it could be one of the most affordable ‘enthusiast’ cars that money can buy right now.

It really feels at home on a windy and twisty road on an early morning Sunday drive. The only downside to the driving experience is the slightly thrummy sounding engine note, though we’ll get to that a little later. And for those of you who like personalising your cars, the good news is with the performance upgrade market that the 1.2 TSI spawned, there’s plenty of bolt-on parts that could extract even more potential from this 1.0 TSI as well.

Still more good news is that Volkswagen also seems to have tweaked the ride quality of the Polo too, so in town, over small bumps and potholes, the Polo seems more forgiving. The thudding noise from the suspension that earlier Polo owners know all too well are no longer part and parcel of every speed breaker you encounter on your daily commute. It’s still on the stiffer side in the segment and if you go too fast over bumps, the suspension still complains but it’s noticeably more comfortable than before.

More powerful, lighter and quicker -- it’s all good news then?

Yes, there are some negatives to live with. And the first one you will notice is the refinement of the three cylinder engine, which isn’t quite as smooth as the four cylinder it’s replacing. At startup and idle there is little to complain about in terms of the sound but some slight vibes are present. Pull away though and these disappear more or less, replaced with a thrummy engine note that isn’t the most pleasing around. Thankfully, the sound is more subjective and while none of us like it, chances are some of you won't even notice. Do let us know if you drive one.

The engine is also quite dull below 2000rpm, with noticeable turbo lag, and while it has great driveability, pulling from very low rpms without any juddering or hiccups from the engine or drivetrain, acceleration isn't brisk enough for a quick overtake and you would need to shift down a gear at times. At lower rpms the turbo lag does mean that there is a delay of a fraction of a second between when you press the throttle and the engine responds. The lag is quite predictable, though, and you soon learn to pre-empt your inputs.

Your backseat passengers won’t find any more knee room in the rear seats, a problem that the Polo always had. With the platform due for a complete overhaul in a year's time, not much has changed on the insides of the Polo and this downside continues with the 2020 car as well.

What else stays the same?

On the outside, the Polo looks pretty much the same with a few minor changes that include a new honeycomb grill, LED taillamps and a mildly tweaked rear bumper. It’s still a very attractive hatchback design with sharp lines and tight proportions. If you choose the TSI Edition you get some flashy stickering on the sides, blacked out ORVMs and a black roof and mini spoiler.

On the inside, practically nothing has changed. So you still get the all black interiors with gunmetal grey accents around the central console. The build quality is also just as impressive and solid as it has always been, and even though there is a lot of hard plastics, everything feels solid and well put together.

In terms of features you still get the same 6.5-inch touchscreen. What it lacks in size when compared to the competition it makes up for in ease of use, snappy touch response and voice commands. It is equipped with Apple CarPlay and Android Auto as well. There’s auto wipers and one-touch up and down mirrors on all four doors, cruise control but no reversing camera, and you will have to make do with sensors only. There is an adjustable armrest with storage but this does get in the way of taller drivers’ elbows when making gear changes.

It’s not the longest features list in the hatchback segment and may lack some wow features but it doesn’t skimp on any of the essentials either.

In the city, the new Polo does a lot of things better both in terms of comfort as well as ease of driving. The new manual gearbox shifts are short and precise and with the great tractability of the engine you don't need to make too many gear changes when keeping up with traffic. The steering is on the firm side but not overly so, and the clutch is nice and light so your left leg won't be complaining on the drive home, even through rush hour traffic. The added suspension conform also means that the new Polo is much better over poorer roads. The New Polo is also available with a 6-speed torque converter automatic and though we haven’t driven it yet, from experience this gearbox should make city commutes even smoother than the outgoing DSG gearbox.

On the highway the taller gear ratios means that in 6th gear the engine is quietly ticking over just near the 2000rpm mark. This keeps things quiet and composed in the cabin. Sound insulation is good with just a little road and wind noise creeping in. More good news is that though the suspension may be more composed in the city, it hasn't lost any of it’s stability at highway speeds.

And lastly, the other effect of downsizing and fairly tall gearing is great economy. The Polo managed to return 17.21kmpl on the highway test and 15.16kmpl in the city. These figures compare very well with the competition in the segment like the Swift and the Grand i10 Nios and better the old 1.2 TSI by a fair margin.

In terms of safety the Polo covers the basics with two front airbags and ABS as standard across the range. Prices start at Rs 5.82 lakh and go on up to Rs 9.59 lakh for the GT 1.0 TSI with the 6-speed automatic transmission. The car you see here which we had on test is the 1.0 TSI Highline which is priced at Rs 8.02 lakh (ex-showroom Delhi).

So the new Polo managed to surprise us a bit, and in an area we were sure it was never going to outdo the outgoing 1.2 TSI in the fun to drive quotient! Yes, some of the drawbacks of this platform still remain -- the lack of space and a shorter features list than its rivals.

But when you know that Volkswagen is planning to update the whole platform in a year the lack of changes doesn’t come as a surprise. It still managed to do a lot right though in terms of solid build quality, strong set of essential features as standard, and adds on top of that, great performance and a delightful driving experience. If space matters little to you and you intend to drive and experience the car more, the Polo hasn’t lost a beat with this update and polished up it’s performance and handling. Hey, if this is what downsizing is all about, bring it on.