Renault’s super-successful Kwid gets an automated manual transmission. Does it make the car more appealing for small car buyers? 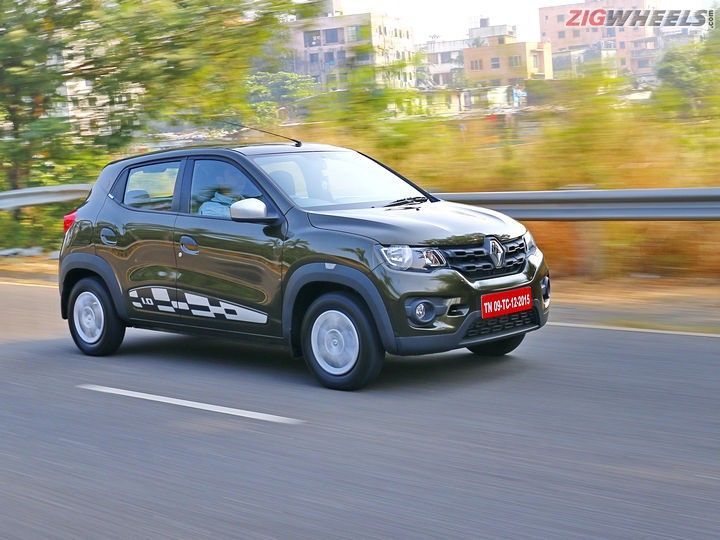 Automated manual transmissions or AMTs are one of the biggest boon for small car buyers. It’s no secret that our traffic conditions are worsening, which of course is adding to the pollution, apart from making driving stressful even in the smallest of cars. But small car buyers have avoided the automatic route for the longest time, for two reasons. One, the technology has been too expensive to be implemented into micro hatchbacks without the price of the car sky-rocketing. Two, traditional automatic transmissions hamper fuel efficiency, the most important aspect of a micro hatchback.

AMTs changed all that, offering the convenience of automatic transmissions, by eliminating the need to use the clutch lever or change gears constantly. After some initial scepticism, small car buyers are gravitating towards the technology, and more manufacturers are offering AMTs. Renault is the latest to join the bandwagon, equipping its Kwid with an AMT. The Kwid was an instant hit thanks to its SUV-like design and of course the space, comfort and that feature list. It’s the 1.0-litre version of the Kwid that gets the AMT, and only the top end variant, which seems to make sense. So how does the AMT add to the Kwid’s credentials? We drove it for a while to find out.

First things first, the Kwid AMT or Easy-R as Renault is calling it looks identical to the manual version. There’s absolutely nothing different except for the tiny Easy-R badge on the rump. So in effect you get the same likeable SUV-like design that’s been one of its biggest highlights. The taller stance and higher ground clearance certainly add to the Kwid’s looks and in fact from a distance it does look more SUV than hatchback. Save for the skinny tyres. Of course, that’s again in the interest of maximising efficiency, and we’re not really complaining. The biggest change then is inside the cabin, which is the addition of the rotary knob on the centre console. The Kwid has gained a lot of admirers with more than 90,000 cars being sold in a little over a year. When launched, the Kwid came with a 800cc 3-out motor. A few months ago it was upgraded with a more powerful 1.0-litre powerplant which is a peppy performer given the small frame it has to lug around. The smooth 999cc 3-pot motor makes 68PS@5500rpm and 91Nm@4250rpm and delivers good torque at lower revs making it easier to move faster in the city though the talking point here is the AMT drivetrain that it now comes optioned with.

The biggest advantage of an AMT is that it eliminates the need to use the clutch lever or change gears constantly, just like an automatic gearbox. AMTs though are known to offer shifts that are quick but jerky. The good news is that the AMT on the Kwid is an evolved version of the ones we've seen earlier and the shifts in this car are a pretty smooth. The 5-speed AMT has been developed in-house with the assistance of Bosch. The system piggybacks on the existing ECU leading to a simplistic software approach that should help in quicker commands and ultimately quicker shifts. The shift mechanism consists of a rotary dial with three positions – Neutral, reverse and Drive. Surprisingly, there is no manual mode like other AMTs. Also the simplistic approach means there is no creep function or hill assist. Nonetheless, it is pretty clear that the gearbox and engine have been made to work together very well!

The gearbox works better in the city with ease of driving being the talking point here. The small dimensions of the car and the eager motor makes darting through traffic a surprisingly easy chore. The motor does run a bit out of breath post 100kmph but more than makes up for it with its eager demeanour. The handling though is suited more for the city as the car tends to roll a bit if driven aggressively, the skinny tyres and lack of ABS do not inspire confidence either.

The inclusion of AMT has made driving the Kwid an even more pleasant experience, as the shifts offered by this transmission are a lot quicker and more seamless than most AMTs we have seen before. The car was popular already with its design, spacious and well put together interiors, likeable ride quality and feature list. What makes the package even more impressive is the fact that Renault claims the AMT will return better fuel effciency than its manual version! Claimed efficiency for the Easy-R is 24.04kmpl, which is 1kmpl more than the manual's 23.01kmpl. And what sweetens the deal further is the Kwid Easy-R's pricing. Priced at Rs 4.25 lakh ex-showroom New Delhi, the AMT version costs just Rs 30,000 more than the manual version. Interestingly, Renault is offering the AMT with the top of the line RXT (O) version only, which makes sense as you get the AMT with all the features that make the Kwid a standout product.