Performance for the people? Is Maruti Suzuki’s Baleno RS the car that could widen the appeal of performance cars in India? We take it out for a spin at the BIC to find out if it's really the hot hatch to do the trick 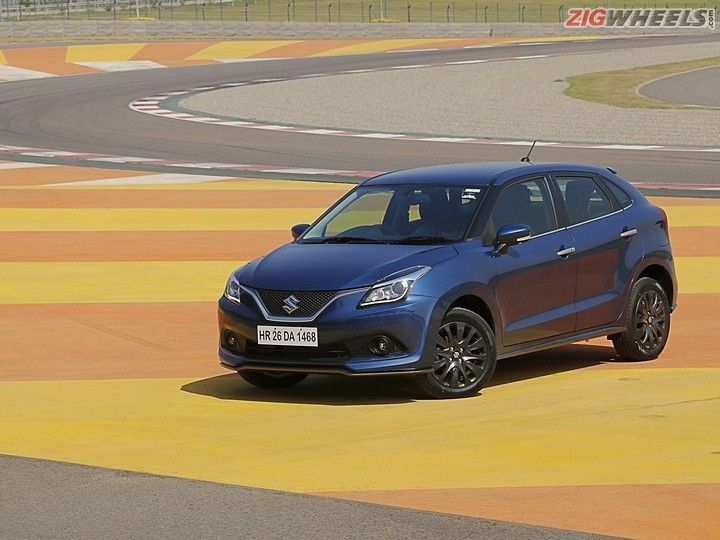 Maruti Suzuki’s new Baleno RS doesn't announce loudly that it's a hot hatch. While it is sure to be quicker than its 1.2-litre counterpart, just how much more exciting is it? And, does it strike the right balance between performance, usability and value? We take a quick spin in the new Baleno RS to find out.

The excitement that a performance car can create starts well before you turn on the key. A lot of that is down to the visual drama the car creates. Yes, the Baleno RS does look different, but the differences are more apparent when the two Balenos (the RS and the standard) stand next to each other. The front and rear bumpers have been resculpted for a bit more aggression. Also, the front grille is new. Maruti Suzuki has replaced the cascading grille of the Baleno with a mesh structure to complement the Baleno RS' exteriors.  While the alloy wheels are the same as the standard Baleno, they are painted black on the RS and give it some much needed attitude. In isolation, those who appreciate performance cars without much flash would love it. And because I fall into that category, I like it that way. But that doesn’t mean I am satisfied.

The Baleno with the 111PS Boosterjet engine that is exported abroad stands only 120mm above the ground, and that's a full 50mm lower than the RS! And, just to make it clear, the Baleno RS stands 170mm above the ground, which is the same as the standard Baleno. While 50mm might have been a bit too much, lowering the RS by 10-20mm would have given it a more confident stance and helped with dynamics too. Along with the underbody spoilers, it would have looked fantastic, with multiplied aerodynamic advantage.

Step inside, and you won't be able to identify if it's the Baleno or the Baleno RS, save for the ‘RS’ badge on the, guess what, floor mats. I'd call the same-as-the-Baleno interiors to be the biggest disappointment in this case. The least we expected was contrast colour stitching for the upholstery in a car that gets an RS badge.  Better still, Maruti Suzuki should have offered different front seats for the RS. More on that further down. And there are easily a handful of spots where that badge could have been positioned to give the buyer a psychological high. Maruti Suzuki probably needs to learn a lesson or two from the luxury carmakers on how to do that!

All things said and done, the cabin is a practical place to be in, well designed and ergonomic. It is easy to find a good driving position -- the rear bench is comfortable, and with the amount of space on offer, it can give the C-segment sedans a run for their money. Black interiors are a standard affair on the Baleno, and it complements the Baleno RS' performance identity as well.

But it’s the engine that we should be talking about here. Yes, and as soon as we were invited to drive the Baleno RS at the BIC, I had apprehensions. You may call it the Mecca for Indian auto enthusiasts, but my previous experiences from behind the wheel of some of the more exciting mass market cars had been underwhelming. Maruti Suzuki’s interpretation of RS as Road Sport, not Rally Sport, tempered my expectations further.

As we got ready to hit the track, I wasn’t surprised to find that the Baleno RS doesn't wake up with the roar that you'd associate with performance cars. However, there’s some music, albeit played on the low setting by the small engine. However, the small engine starts showing positive signs from the word go. As soon as you take your foot off the light clutch, you can feel the eagerness. The Baleno RS makes 150Nm of max torque, and it's available from 1,700 revs onwards and continues till 4,500 revs.

Thanks to a wide band in which peak torque is available, the Baleno RS changes pace quickly and progress in any gear in the mid-range is likeable. What makes it all the more special on the track is that the engine doesn't lose steam at the top as well! Peak power of 102PS comes up at 5,500 revs, and it's a rev-happy unit that will easily storm to the 6,000 rpm limiter without breaking a sweat.

The 5-speed transmission on the Baleno RS is not the same as the Baleno; it's a different unit and can handle more torque. But, to make the most of the engine, we’d have loved to see shorter and slicker gear throws, that’d have made the drive more engaging as well.

The first three gear ratios on the Baleno RS are short, basically to make it quick off the mark. Within city speeds, you are bound to enjoy the rush of torque coming in from low revs, and it’ll be the third gear that’ll quench the thirst for performance at city speeds. Fourth ratio onwards, the gears are longer, but the third gear is engaging and quickly maxes on the rev counter with the speedo pointing at 120kmph. Beyond this, progress in the fourth and fifth gear is strong but not as rapid as before.

Not just the track

Maruti Suzuki says that the Baleno RS is ideally made for the highways, where you’d love to cruise all day in three digits. And, the Baleno RS will easily maintain 90kmph at just over 2,000 rpm in fifth gear, and will willingly go into the 100s with a gentle tap on the throttle. It also crosses the 150kmph mark with ease, and highway runs in this car will be engaging for sure.

As the Baleno RS gets a fatter band of torque and the gearing to make the most of it, it felt more comfortable at higher speeds as it was running at relatively lower revs. So, while the highway runs will be more exciting in the RS, it won’t be surprising if the Baleno RS turns out to be more frugal than the Baleno despite the added performance.

Performance cars are stereotyped to be less fuel-efficient, and it’s considered an off-topic for such vehicles. However, the Baleno RS’ Boosterjet engine begs you to venture into this discussion, because it scores high on this test as well. At the track, after burning 75% of the fuel and making the tyres scream for their life, the display showed an impressive 9.0kmpl! The tech behind the engine is the reason for such a show. The Boosterjet engine is a direct-injection unit, which means the fuel-air mixture is fed at a very high pressure (200 bar), but in measured quantity and with precision. As a result, every fuel drop is put to the best use.

The Baleno RS contradicts a few more notions. While the ‘smaller’ engine makes about 20% more power and 30% more torque than its 1.2-litre counterpart, the Baleno RS is surprisingly 60kg ‘heavier’ than the standard Baleno, and that’s despite being the performance version! Maruti Suzuki claims that it’s the turbocharger, two disc brakes at the rear wheels and the new 5-speed manual transmission that contribute heavily to the increase in weight.

On the bends and curves, the Baleno RS leaves you with mixed emotions. While Maruti Suzuki says that the suspension has been tuned to aid handling, there is considerable body roll. The importance of everyday usability has dictated the RS’ character, it seems. Therefore Maruti had to ensure that it can handle bad roads with aplomb. However, the disappointing bit is that they could have offered seats with better side bolstering to hold the passengers securely, which is not the case. The Baleno RS does understeer a bit, which is good in a way as it makes it easier to manage when cornering at high speeds. While you can approach a corner with immense confidence thanks to the braking setup, the gearbox can let you down mid-corner with long throws. The rear disc brakes deserve a special mention here -- they have improved the Baleno RS’ stopping power immensely, and it inspires confidence. The steering also weighs up well and feels direct.

The Baleno RS is not a car meant only for the track, and it was never intended to be, and that’s the reason why I had apprehensions before taking it out on the track. However, contrary to my presumptions, it did entice me to push it hard and considering it’s just a 102PS engine under its hood, it never really felt as breathless as I expected it would. And, with a wide torque band, we were always making progress. Maruti Suzuki also needs to be lauded for the braking setup of the Baleno RS, which should inspire great confidence on the highways, because you never know when the cattle comes out for a stroll.

But, is the Baleno RS really the hot hatch that we wanted? I’d not call the Baleno RS a hot hatch, but it’s rather an entry-level performance car that won’t disappoint you. Importantly, it has in it to be your everyday car, no matter where you are in India (Maruti’s network). So yes, the Baleno RS is a bit expensive at Rs 8.69 lakh, over the standard Baleno that costs Rs 7.3 lakh for the similarly equipped Alpha variant, and a bit too close to the Polo GT TSI on the price list, but for now, the Baleno RS is one car that can give you a joy ride every day without taking a toll on your wallet.