Datsun has added the Micra petrol CVT drivetrain to the GO and GO+ in a bid to make it a more appealing package. Is the added convenience enough of an incentive for more customers to consider the GO and GO+ now? 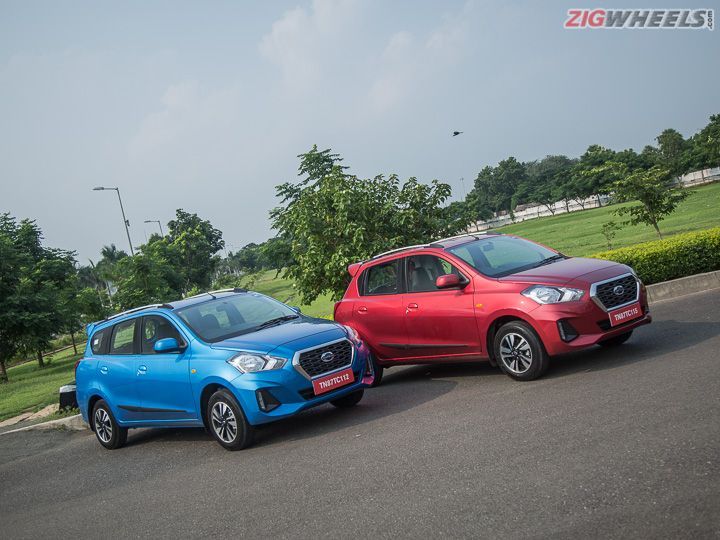 With traffic in our cities swelling by the day, automatics are becoming more and more relevant. The latest manufacturer to cater to buyers’ demands for ease of driving is Datsun. Recent updates in mid-2018 and early-2019 also added a facelift and more safety features to the GOs. And now with the addition of a new automatic option the GO and GO+ not only promise better looks and safety, they aim to be easier to drive too. Commendably, where the rest of its rivals are offering AMTs which are more cost effective, Datsun has chosen a more high tech approach: a CVT automatic transmission. CVTs are known for being very smooth in operation with excellent drive characteristics while being efficient too. Their only drawback, aside from the obvious higher cost, is the rather unnatural rubber band effect they tend to have.

In the city the engine is responsive in the GO, and just a little less so in the GO+. As expected, the CVT is buttery smooth too, with practically no head nod. At part and medium throttle inputs, acceleration is also immediate, with very little of the aforementioned rubberband effect. It’s only when you really go for it that the revs quickly build and the acceleration follows later. But we did find a strange lag between completely pushing the pedal in, to the power going to the wheels. It’s almost like a kick down, something that AMT’s and conventional automatic transmissions are known for but not something that I’ve experienced in other CVTs.

The CVT is similarly smooth on the highway. It’s very easy to stay at cruising speeds and just backing off the throttle a little is all that’s needed. In normal acceleration revs rise to about the 3000rpm mark, and when you back off, at any speed between 80-100kmph, the revs drop back down to an efficient 1800rpm. There’s also no real need to keep modulating throttle input to maintain your speed and the transmission seemingly does the rest for you.

Like in the city the GO+ required a little more throttle and is just noticeably slower than the GO, but there still is more than adequate grunt for regular overtakes. A surprise for us was the tiny button on the gear lever that toggles Sport mode. This allows engine revs to rise to a meatier section of the power band. It makes overtaking or just maintaining pace in quick moving traffic a lot easier but considering that the revs are higher, it will take a toll on efficiency.

Datsun is claiming 20kmpl from the GO CVT and just over 19kmpl for the GO plus CVT. The way the transmission likes to keep revs just above 1500rpm, that figure is quite believable.

The GO and the GO+ get the Micra drivetrain so while the engine is the same 3-cylinder unit, it’s in a more powerful 77PS state of tune compared to the manual transmission cars (68PS). Torque remains the same at 104PS but both max power and torque come in at higher RPMs than in the manual.

The interiors of the GO and GO+ were updated in 2018 and one of the notable changes was the addition of a conventionally placed handbrake. Gone is the dash-mounted lever from the previous iteration. Another notable change was the addition of a better 7-inch touchscreen. This, though, has changed again and this new unit of the same size is now the only option. The interface isn’t quite as nice as before, with four small icons in the centre, taking up just a fourth of the screen. It just gives the impression that something is missing from the screen. Thankfully, it supports Android Auto and Apple CarPlay and that’s what you’d want to default to whenever you step in, to get away from the dull stock interface.

The GO and GO+ both feature manual AC, powered windows with one-touch down for the driver, electrically adjustable ORVMs and a rear washer & wiper. Missing features are a day-night adjustable IRVM, steering adjust and lane change indicators.

The GO and GO+ CVTs are available in both the T and T(O) variants and each feature dual airbags, ABS, EBD and Brake Assist. They also have Vehicle Dynamic Control, another feature that another update (2019) added to the top 4 variants.

The rest of the interiors and space in the GO and GO+ remain exactly the same as before so you can refer to our first drive story from the 2018 facelift here for more details.

Pricing then will be key -- and considering that CVT are inherently more expensive than AMTs, Datsun will have to work hard to price it right. Our estimate is that you can expect an increase of Rs 80k to 1 lakh over the existing T and T(O) variants, which means prices will range between Rs 5.9 lakh to 6.2 lakh. Taking the GO as an example, the top end AMTs from rivals like the Hyundai Santro and Maruti Suzuki Wagon R are 56k and 30k cheaper while the Tata Tiago is around 16k more.

The addition of a CVT transmission to a segment peppered with AMTs is like a shot of morphine to customer’s stressed necks. Head nod is practically non existent, it’s smooth and easy to drive in the city and promises great efficiency too. If you really want the convenience of a good automatic city runabout the GO fits the bill while the GO+ gives you the added boot space once you remove the rear seats. But this ease of use is the only USP the GO and GO+ have against their more polished and kitted out rivals.