Does the Katana still strike as hard in this era of modern warfare? 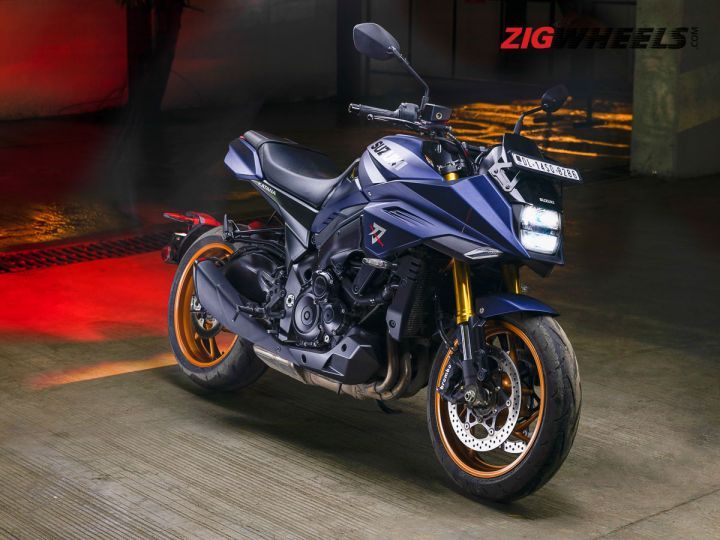 Don’t bring a sword to a gunfight. But if you do, better make it sharp. So, if Suzuki wants to face off two smoking barrels, Ducati’s Streetfighter V2 and BMW’s S 1000 R, this new Katana better draw fast, strike clean and cut deep!

When I think of the word ‘Katana’, I visualise a samurai. An elite, strong, composed warrior, but he isn’t dressed in battle armour, but more simply in a traditional Japanese Kimono with a sword holstered to his hip. When I say the word Katana, I see a motorcycle, one that is befitting to every one of those attributes. But here I stand facing a new generation samurai weapon, a modern Katana and I see from the sharp creases of its bodywork, this bike knows its heritage, it wears it well.

The lines on the bodywork intersect to silhouette a sword’s blade, no matter where you’re looking at it from. It’s boxy like the old one, but new. Only difference: the old one looked handbuilt, this new one looks designed on a laptop. While the old Katana was a revolutionary design, this one looks contemporary.

And this is most evident from the rear. The old bike looked space age but retained its long and spacious look. The new one wears its tail short like a modern day streetfighter. The old samurai had a pony tail; his son wears his hair short.

It’s a bit intimidating to approach at first, but most big-boy litre class bikes are. Why should the Katana be any different? Swing a leg and the first interaction with the 2022 Katana is its heft. It’s 217kg big and its 825mm high seat gave me that feeling of mounting a horse. I felt tall, and holding the handlebar felt like grabbing the reins. But if you can get it to trot, understand its balance and rhythm, riding the Katana can be as exhilarating as riding a horse.

It’s still an animal tho

I’ve ridden my fair share of big bikes and I’ve come to notice a pattern. 900cc bikes are the foundation for speed, 1200cc and above - maturity of speed, and litre class bikes like the Katana - symphony in war. Its K5 999cc in-line four literally knows two states of being: chill and carnage.

With 152PS available at 11,000rpm and a fat spread of 106Nm at 9,250rpm, it’s tractable enough to crawl through traffic besides a Splendor Plus and then scare the Jesus out of people when the road opens up. This kind of firepower is great for either ‘fitness-freak’ dads and/or thieves. And that exhaust note… pure evil, borderline orgasmic!

A mind of its own

Also, horses scare me. I can’t come to trust guiding an animal, they have a thinking brain which I can’t read. Thank god for bikes, thank god for electronics on the Katana. And THANK GOD for how simple it is to interface with. Five levels of traction control and three riding modes, that’s it. And they all work beautifully.

Pick a kind of day and there’s a setting for that, dial it in and the Katana adapts to your way of life. Suzuki has also thrown in a bi-directional quickshifter, low rpm assist(super useful in traffic) and Suzuki’s Easy Start system. ABS is always on but you can switch off the traction control completely if you are a sucker for punishment (aka Jehan).

It’s true, in motion, the Katana’s heft and size disappears. It begins to feel small and compact, which urges you to go a bit further away from wide, well paved roads, explore tighter streets you wouldn’t otherwise ride a big bike through. But at some point reality hits: you can’t stretch it too far.

Its fully adjustable KYB suspension does a good job of covering about 80 percent of my daily commutes, but that remaining 20 percent becomes glaringly tiresome because of a firm rear suspension. And while it’s pretty agile, you're left a bit reluctant at charging into corners. Maybe getting stickier tyres to replace the stock ( Dunlop Sportmax RoadSport 2), could give it some sharpness again.

They say, never meet your heroes

Ask them to take a hike. Always aspire to meet your heroes. The old Katana was always on the top of my list. But I’m fortunate enough to meet the newest one and possibly the last of its kind. Sure it has flaws – the 12-litre fuel tank will restirct touring range. The tyre hugger flows well with the design but isn't functional. The Brembo brakes somehow feel numb. And most importantly, priced at Rs 13.61 lakh (ex-showroom Delhi), it is almost Rs 2 lakh more affordable than its closest rival, the BMW S 1000 R. But the sad reality here is, the Katana has chosen to bring a sword to a gunfight for the sake of nostalgia. It’s simply not sharp enough to cut through the likes of the Germans and Italians. There’s a reason why katanas have now become mere mantle pieces whereas war in the 21st century has gone completely nuclear. 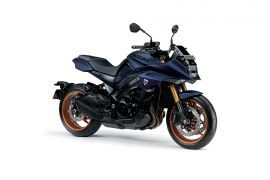 All Comparisons of Katana