ZigOpinion: Is the Super Meteor the right move for Royal Enfield?

Should the classic British-style roadster maker step into the foreign world of American-style cruisers with the Super Meteor? 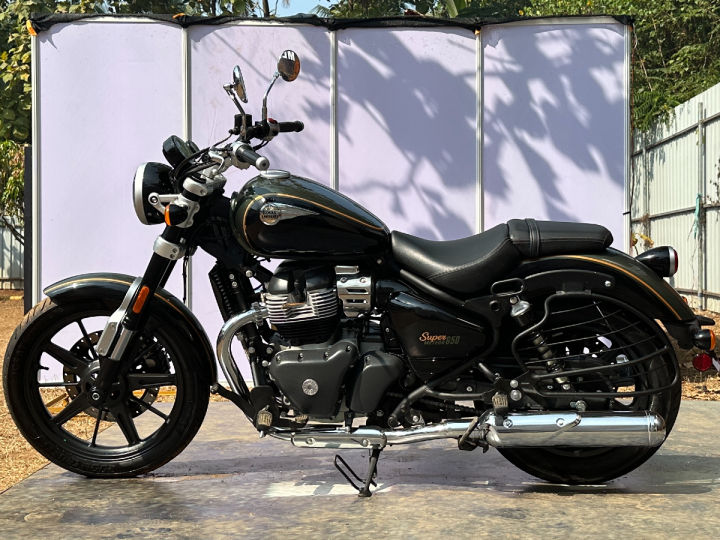 Royal Enfield has always made cruisers. That is, if you ask any average Joe or Jane what sort of bikes the Chennai-based company makes. For them, the Bullet and the Classic are both cruisers in the same vein as the Thunderbird and Meteor 350. And in a sense, they’re right, because the Thunderbird and the Meteor 350 aren’t really cruisers in a traditional sense, and we’ll get to why in just a bit. So if you think about it, the Super Meteor 650 is Royal Enfield’s first proper cruiser – very American in its aesthetic, weight and ground clearance. But is this really a format that would work well in India? We have some doubts.

How is the Super Meteor 650 different from the Meteor 350?

The erstwhile Thunderbird and its replacement, the Meteor 350, are very similar motorcycles in many regards. So when we refer to the Meteor 350 and its characteristics, a majority of them would have also applied to the Thunderbird, even though it was built on a completely different platform than the Meteor.

The Meteor 350, even though it’s classified as a cruiser, feels much more like a roadster. Firstly, its chassis is nearly identical to that of the Classic (the new J-platform one that is), although it has a raked-out front geometry, more forward-set footpegs, and a more pulled-back handlebar.

So even though you do sit in a slightly more cruiser-like posture on the Meteor, it’s actually marginally lighter than its roadster sibling and so the handling actually feels a lot sharper as the taller and wider handlebar takes some of your weight off the front end and gives you extra leverage. On top of that, the motor tune on the Meteor feels a lot more sprightly too. So in that sense, to ride, the Meteor is more roadster-like than the Classic.

While we haven’t ridden the Super Meteor 650 yet, just sitting on it at Rider Mania 2022 made it clear that here, the riding posture is like a proper cruiser. You sit with your legs and arms stretched quite ahead of you. And you can really feel its 241kg heft once you take it off the stand. And given that it has the exact same engine tune as the bike it’s based on, the Interceptor – which is 39kg lighter – performance is definitely going to be more laid back. That said, it might just surprise us on the move, so we’ll reserve final judgment for when we ride the bike.

Are traditional cruisers even that popular in india?

Indian bike enthusiasts seem to love cruisers, or at least that’s what online comments would suggest. And while Harley-Davidson cruisers have their following in India, their sales numbers are barely a blip on the radar and even Triumph’s cruiser, the Thunderbird, was their least selling bike. A lot of this also comes down to the fact that these bikes are out of reach for most of the Indian bike buying junta.

The only “true” affordable cruiser that’s on sale now is the Bajaj Avenger, and that barely accounts for any significant sales. Many others have tried to play in this affordable cruiser space, like Yamaha with their Enticer, UM, Hyosung and more recently, Keeway. The first three failed quite miserably and are not on sale any more. And as for Keeway, we’ll have to see how the K-light 250V and the V302C perform in the market.

The problems with riding genuine cruisers in India…

…Are manifold, ranging from bad pricing to wrong timing to poor quality. But we believe that when it comes down to it, as much as Indian buyers say they love cruisers, riding a cruiser in Indian conditions is absolutely impractical. Raked-out front ends mean long wheelbases and lazy steering – two massive stumbling blocks in the tight confines of Indian traffic. Moreover, their low ground clearances means that our lunar surface-like roads become back – and bike – breaking. The Super Meteor 650, at least based on the spec sheet, seems to share these same problems. Reality might be slightly different though.

Jumping on an opportunity Harley-Davidson missed

On paper, the Super Meteor 650 also seems to be the perfect cruiser for India: well-specced, well-built, good looking, traditionally cruiser-like in every sense and most importantly, fairly affordable. Almost feels like Royal Enfield beat Harley Davidson to the small cruiser punch in a huge way. That said, the product H-D was developing originally with QJ Motor was more like a small Sportser than a scaled down Fat Boy. And now that H-D is working with Hero MotoCorp on this project, we don’t expect the style of bike to come from this venture to change all that much. It will still be more Sportster than Fat Boy.

Could the Super Meteor 650 work?

In India, we somehow doubt the Super Meteor will be able to rake in the same kind of sales numbers as its 650cc siblings like the Interceptor and Continental GT. After all, traditional cruisers are meant for smooth and open roads, both of which are severely lacking in our country. But let’s not forget, Royal Enfield isn’t just selling bikes in India any more. In fact, the Interceptor is one of the best selling bikes in the UK and the new twins are quite popular in the US as well. These markets would no doubt extend a warm welcome to the Super Meteor 650, given the trend of moving towards more manageable and affordable smaller-capacity bikes in international markets.

In India, there’s no doubt that the Super Meteor 650 will have its (small number of) takers. But we believe that it will sit like a halo product in the 650cc twin family, while the Interceptor and the upcoming Shotgun 650 and Scrambler 650 will do all the heavy lifting in terms of sales numbers. If the idea is to lure cruiser enthusiasts into showrooms with something as attractive as the Super Meteor and then sell them on more practical twins like the Int, Shotgun or Scrambler, then it seems like Royal Enfield indeed has a winning strategy on their hands.