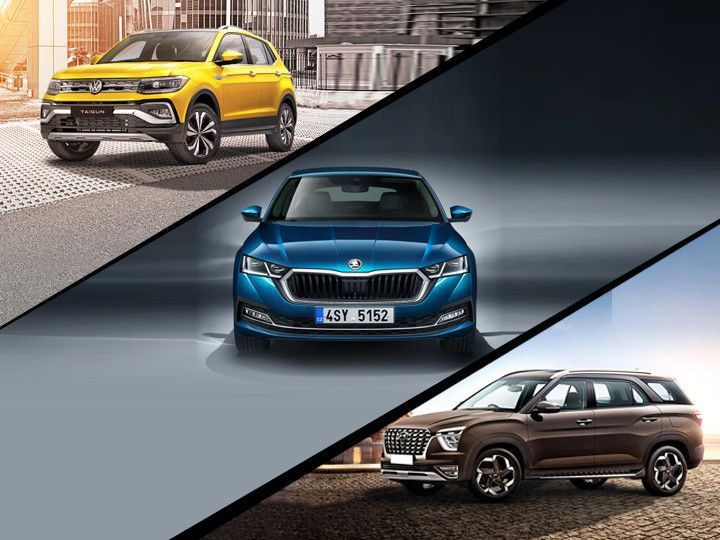 The VW Tiguan Allspace is underpinned by a monocoque chassis, while the Toyota Fortuner utilises a body-on-frame architecture. The former is powered by a turbo-petrol engine, while the latter gets a naturally aspirated unit.

However, despite these differences, the two SUVs have near-similar prices. How do they compare in performance and fuel efficiency? Let’s find out:

The Tiguan Allspace clearly has the better numbers on paper; it is 24PS and 75Nm more powerful than the Fortuner, which has a larger displacement. Also, the Tiguan drives all four wheels compared to the Fortuner’s (petrol) rear-wheel drivetrain.

That said, the Fortuner one-ups the Tiguan by offering a manual gearbox. But the Allspace’s DSG is quicker than the Toyota's torque converter. How does that help on the road? Read on to find out:

The Tiguan Allspace is more powerful, torquier, and lighter than the Fortuner. And all that advantage is evident, considering it’s 4.55 seconds faster than the Toyota SUV in the 0-100kmph sprint. Also, thanks to the quick responses of the DSG, the Allspace shines during kickdown acceleration as well, beating the Toyota by 2.44 seconds.

How Do They Compare At The Pump?

Big petrol-powered SUVs are known to be thirsty, and the Allspace and Fortuner are no exception to the rule. That said, the former is significantly more fuel-efficient both within city limits and on the highway. In fact, out on the open road, the Allspace is a shade above 5kmpl more fuel economical than the Fortuner.

The Tiguan Allspace might be dearer, but it justifies the premium with better performance and fuel efficiency. Also, its monocoque chassis and road manners lend it the edge over the Fortuner, especially if you seek to hit the highways more frequently.