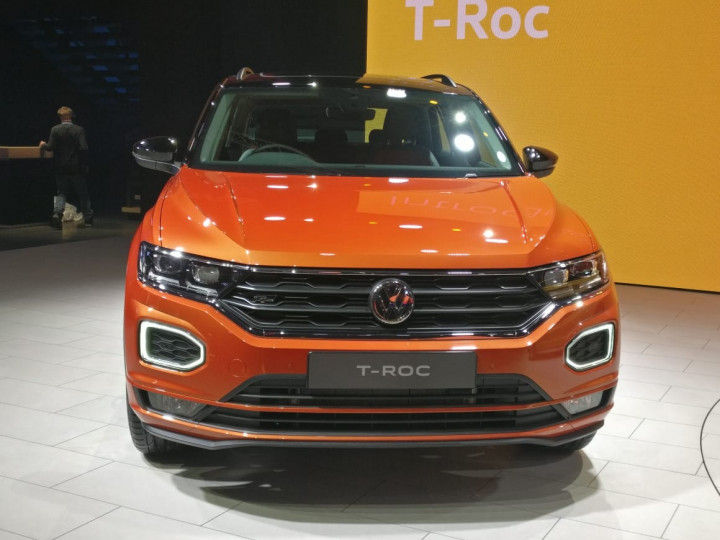 Volkswagen India has launched the T-ROC SUV in the country with prices starting from Rs 19.99 lakh (introductory, ex-showroom India). The T-ROC is offered in a single variant and will be available with a 1.5-litre TSI petrol engine only. It's brought to India as a completely built unit (CBU).

The Volkswagen T-ROC gets plenty of sporty touches. The front end comes with a familiar VW grille which is flanked by LED projector headlamps. Below it are the faux air dams which come with a funky DRL surround. In profile, the taut lines make it look more crossover than SUV. It sits on 17-inch wheels which fill up the arches nicely. The rear end comes with split-LED tail lamps and a sporty bumper.

Hop inside the T-ROC and you’ll notice that it looks typical VW with plenty of familiar bits. The infotainment system, climate control knobs as well as the flat-bottomed three-spoke steering wheel are similar to the recently launched Tiguan Allspace. It also comes with plenty of colour-coordinated bits which adds a bit of funk.

The VW T-ROC is powered by a BS6-compliant 1.5-litre TSI EVO petrol engine that develops 150PS of power and 250Nm of torque. It spins its front wheels via a 7-speed dual-clutch automatic transmission. This engine also features active cylinder management technology, shutting down two cylinders under less load for fuel efficiency.

The Volkswagen T-ROC rivals the Jeep Compass and the upcoming Skoda Karoq. What do you think of the VW T-ROC? Let us know in the comments section below.