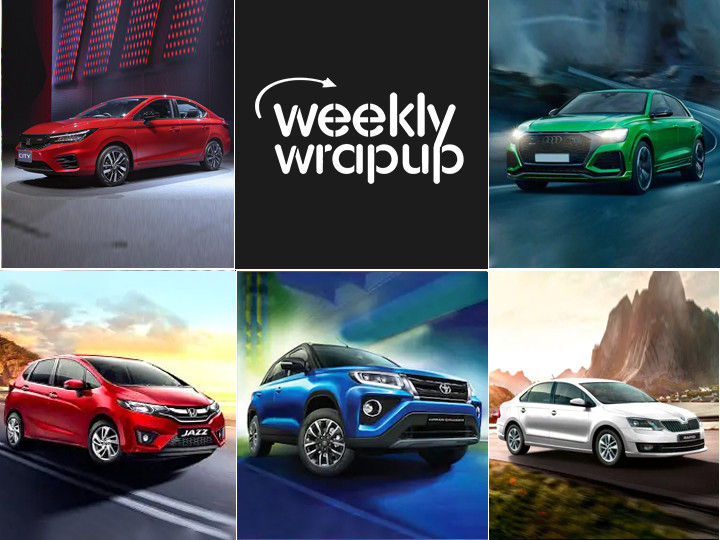 The Indian four-wheeler world saw the introduction of two new cars in the past week. There were also a couple of important announcements and an important new model was unveiled in Malaysia. Here are the top 5 car news that made headlines:

Honda has launched the facelifted Jazz in the country. It comes with an updated front-end and a few additional features including a sunroof. However, there’s one big compromise in the mechanical department. Head here for prices and details.

Audi’s Most Powerful SUV Is Here:

It looks like Audi India is on steroids as it has launched yet another RS model just a few weeks after the introduction of the manic 2020 RS7 Sportback. The Audi RS Q8 is here and is the fastest production SUV around the Nordschleife. Better still, it’s a whole lot cheaper than the Lamborghini Urus!

Honda has revealed the India-bound City hybrid in Malaysia. And unlike the Ciaz mild-hybrid, the City is a proper strong hybrid and is capable of running on pure electric power. Read more about its functioning and India launch timeline right here.

Skoda will soon introduce the Rapid TSI with a 6-speed torque converter automatic gearbox. Pre-launch bookings are open and we have managed to get our hands on the variant list and colour options ahead of launch. Details here.