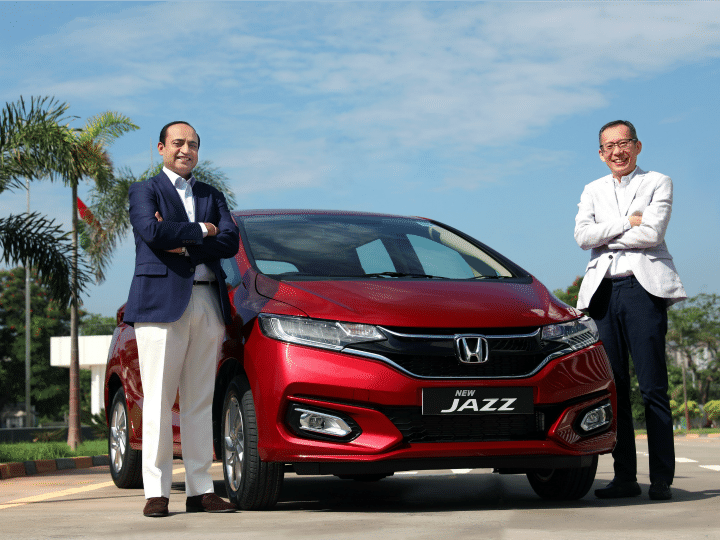 After a host of teasers over the last couple of months, Honda Cars India has finally launched the updated Jazz hatchback at prices ranging from Rs 7.50 lakh to Rs 9.74 lakh (ex-showroom). Aside from cosmetic updates, feature additions and a BS6-compliant 1.2-litre petrol engine, its variant lineup has undergone a rejig, with the addition of a new top-spec ZX variant.

The above table indicates that the manual V and VX variants have gotten a price hike of upto Rs 21,000. The V CVT variant on the other hand is cheaper by Rs 15,000. The new top-spec ZX variant carries a premium of Rs 64,000 over the former top-spec VX variant in both manual and CVT trims.

Design wise, the Jazz gets sportier bumpers as well as a revised grille, new LED headlamps with DRLs, and new LED front fog lamps. The overall silhouette, including the 15-inch alloy wheels and the updated LED tail lamps that were introduced last year, remain as is.

Heading inside, not much has changed aside from the fact that the updated Jazz now features an electric sunroof. Features such as the 7-inch touchscreen infotainment system with Android Auto and Apple CarPlay, voice commands, electrically folding ORVMs, climate control, steering-mounted audio controls, and keyless entry with push-button start have been retained. Safety kit includes dual airbags, ABS with EBD, and rear parking sensors.

The biggest change in the facelifted Jazz is under the hood. Out goes the  1.5-litre diesel engine that delivered 100PS and 200Nm in BS4 guise. The Jazz facelift is now a petrol-only model, offered with a BS6-compliant version of the old 1.2-litre i-VTEC motor. Power figures remain unchanged at 90PS and 110Nm. The 1.2-litre petrol motor continues to be paired with a 5-speed manual transmission and a CVT. The Jazz’ fuel efficiency figures have dropped by 1.6kmpl for the manual variants to 16.6kmpl. The CVT variants now deliver an average of 17.1kmpl, a drop of 1.9kmpl.

The updated Honda Jazz will be offered in five body shades: Radiant Red, Luna Silver, Platinum White, Modern Steel and Golden Brown. It takes on the likes of the  Maruti Suzuki Baleno, Hyundai Elite i20, Toyota Glanza, and the Tata Altroz. 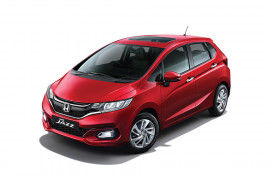 All Comparisons of Jazz