Weekly News Fix: All The Top Car News That Made Headlines 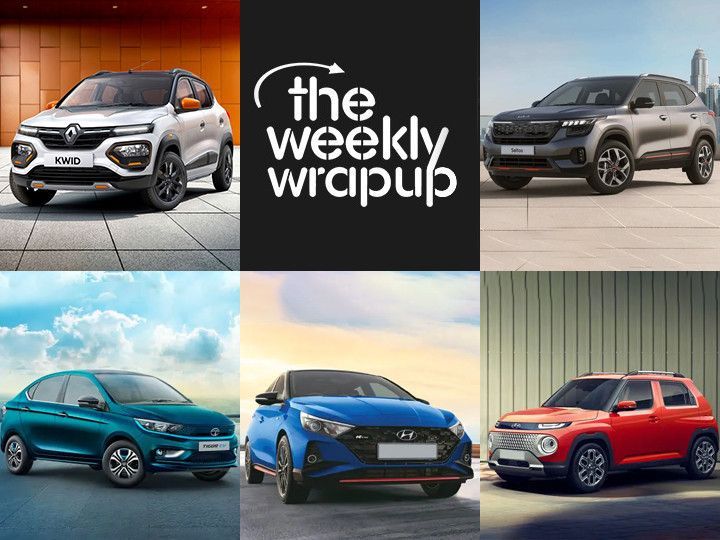 Here are the top news from the four-wheeler world that stole the spotlight to become the headlines of the week:

Tata Motors has launched the facelifted Tigor EV, which now comes with an improved 75PS Ziptron powertrain, more range on a single charge, and nicer features. Most importantly, this package comes at a relatively affordable price compared to the Nexon EV. Also, the electric sedan has achieved four stars in the Global NCAP safety test.

Hyundai has stormed the hot hatch segment with the launch of the i20 N Line. Updates are not just on the skin as the hatch gets some improvements underneath the skin for better handling. Detailed variant-wise prices here.

The production-spec Kia Seltos X Line might not be as beefy as its concept, but it’s the first mass-market model in India with a matte-finish paint scheme straight from the factory. More details about its cosmetic enhancements and price here.

Renault India has launched the updated 2021 Kwid, which commands a premium of up to Rs 5000 over its predecessor. The manufacturer gave the Kwid a minor variant rejig and additional features. Prices right here.

After multiple spy shots, the Casper’s exterior design has been unveiled. Hyundai has managed to do a fairly decent job of incorporating the retro and modern design touches in the SUV. We decoded its design and you can read our report.

The Audi Grand Sphere concept, the second offering from Audi’s sphere concept, has been unveiled. It previews the possibilities of the next-gen all-electric A8. The Grand Sphere pushes the pinnacles when it comes to luxury and technology. Read our coverage of the electric concept here.

The second-gen Maruti Suzuki Celerio’s launch has been delayed yet again. The reason for the delay could be due to Maruti’s decision to reduce production due to the shortage of vital components. Detailed report right here.