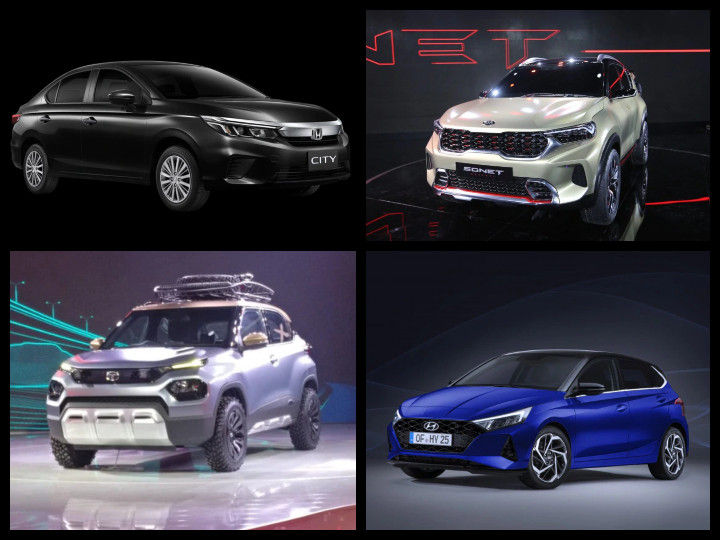 As the nationwide lockdown eases, carmakers have slowly started resuming operations. Though COVID-19 has taken a toll on the automotive industry, a recent survey by CarDekho has revealed that 36 per cent people are planning to buy a car within the first three months after the lockdown is lifted. If you intend to get a vehicle from the Rs 5 lakh to Rs 12 lakh segment, we suggest you wait a bit for these five hotly anticipated cars:

Kia’s third launch in India, the Sonet sub 4-metre SUV is expected to reach showrooms by August 2020 if things go well. It’ll be offered with three BS6-compliant engine options in two trim levels: GT Line and HT Line. Some notable features include a 10.25-inch infotainment system, connected car technology, and a Bose sound system. You can have a closer look at it here.

The recently unveiled 2020 i20 is expected to make its India debut in the coming months. Spy shots indicate that it looks largely similar to the international-spec model. And just like a typical Hyundai car, we expect it to come loaded with gizmos like connected car technology, a sunroof, and a premium sound system. Hyundai will also offer the India-spec i20 with two engine options. You can read more about it here.

The 2020 Honda City is expected to reach showrooms immediately after the lockdown. It’ll be offered with two BS6-compliant engines and two transmission options. You can read about the upcoming City petrol’s specifications right here. The City has grown in size and comes loaded with more features than ever before. Take a look at its leaked brochure.

The Tata HBX sub 4-metre SUV, which will sit below the Nexon, is expected to launch by the end of 2020. It locks horns with the Maruti Suzuki Ignis and Mahindra KUV100 Nxt. The main draw for the HBX is its butch SUV-esque styling. Its interior is also modern and comes with familiar Tata design cues. The HBX is expected to be offered with a 1.2-litre petrol engine only. An EV version could also be on the cards. Take a closer look at the HBX right here.

Nissan’s upcoming sub 4-metre SUV could be the comeback model for the Japanese carmaker in the country. Likely to be called the Magnite, it could have plenty in common with the upcoming Renault HBC SUV. Specifications of the Magnite are scarce at the moment. That said, the teaser design reveals that its profile is a tad similar to the Kicks. More details here.

These are the top five models that will reach showrooms post lockdown. Which car are you waiting for? Let us know in the comments below.