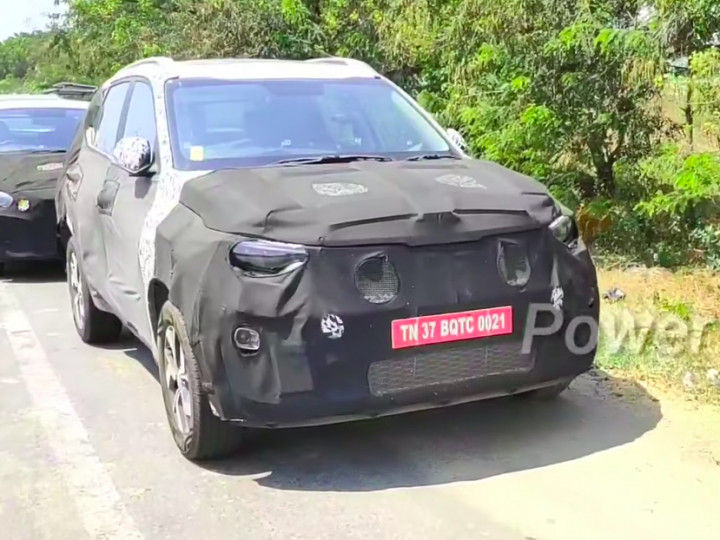 A prototype of the Kia Sonet has been spotted testing on the outskirts of Chennai, revealing its interior for the first time. The Sonet is Kia’s entry into the hotly contested sub 4-metre SUV segment which consists of key players like the Maruti Suzuki Vitara Brezza and Hyundai Venue.

The Sonet’s dashboard looks familiar as it borrows styling cues from the Seltos. There is a floating touchscreen infotainment system which merges onto the instrument panel a la the Seltos. Even the chunky 3-spoke steering wheel seems to be a direct lift from the bigger Kia. Distinguishing bits in the Sonet include a redesigned central console which comes with vertical AC vents and redesigned climate control knobs.

In terms of features, the Sonet will be offered with a 10.25-inch infotainment system, connected car technology, climate control and a Bose sound system. Other expected features include Android Auto and Apple CarPlay, a wireless phone charger, cruise control, a multi-info display as well as keyless entry with push button start. Expected safety features include 6 airbags, ABS with EBD, rear parking sensors and a rear view camera.

The Sonet will most likely utilise the Hyundai Venue’s 83PS 1.2-litre Kappa and 125PS 1.0-litre T_GDI petrol engine options. The diesel, on the other hand, could be a detuned version of the Seltos’ 1.5-litre CRDI motor.

The Sonet made its debut at Auto Expo 2020 as a concept. You can have a closer look at it right here. We expect prices for the Sonet to start from Rs 7 lakh (ex-showroom). The Sonet will lock horns with the Hyundai Venue, Ford EcoSport, Tata Nexon and the Mahindra XUV300.