While power figures remain identical, the Urus ST-X has gone through a serious weight loss regime! 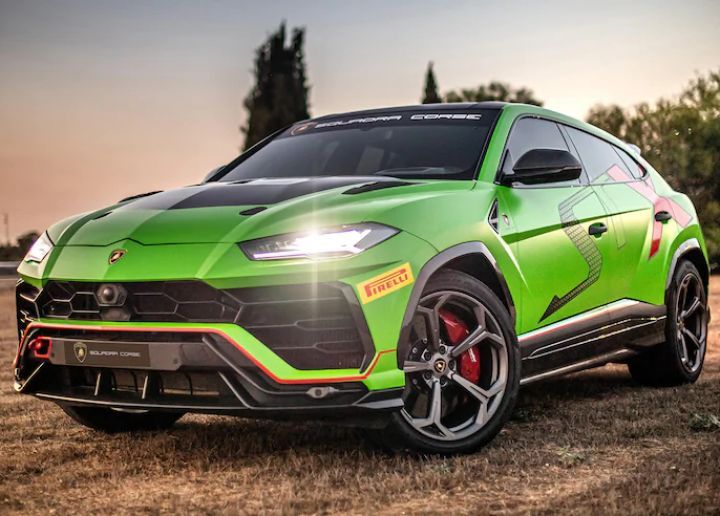 Has the standard Lamborghini Urus SUV failed to set your heart on fire? Well, Lambo will now be building a race-spec version that will have more chops. Called the ST-X, this version is developed by Squadra Corse, the brand’s motorsport division. Just like a typical race car, the ST-X has gone through a severe weight loss and will feature a host of aerodynamic and safety upgrades. Should you be waiting it out for this one rather than the standard model?

Powering the Urus ST-X is a 4.0-litre twin-turbo V8 that’s found in the standard model as well. It develops 650PS and 850Nm and comes mated with the same 8-speed automatic transmission and all-wheel drive. Surprising, as we expected it to have more oomph from its heart. However, the Urus ST-X has been put on a diet to shed 550 kilograms.

The bonnet is built out of carbon fibre and now features air scoops. Its lighter front-end also means the Urus ST-X now responds sharper to steering inputs. Lamborghini has also added a carbon fibre rear spoiler for enhanced downforce. It also gets race-spec exhausts which not only enhances its sound but also sheds that few kilos more. Inside, the standard seats of the ST-X has been replaced by racing seats that help you keep in place. And instead of the rear bench, a roll cage takes charge.

So is it the ST-X version that you should wait and buy? Well, we have some unfortunate news for you. The Lamborghini Urus ST-X is a race-spec version and that means it’s built for racing purposes by the brand’s motorsport division, Squadra Corse. Currently, the Urus ST-X will take part at the 2020 Super Trofeo World Finals, on a special course that will consist of both tarmac and dirt.

While the ST-X version is not on sale for all, this throws a hint that Lambo might introduce a souped-up variant of the Urus. We really hope it becomes a reality as Lambo offers high performance variants for its Huracan (the Performonte) and Aventador (SVJ). Fingers crossed! Meanwhile, the standard variant of the Urus has been well received across the globe and has found more than 50 homes in India itself! Prices for the Urus begin from Rs 3.10 crore (before options ex-showroom India).

Dreaming of owning a Lambo Urus ST-X or in fact any Lambo? There’s a hack!

Lamborghini has teamed up with Lego, who has now made a new toy. Well, it's the Urus ST-X! This is the first super-SUV themed model Lego has ever built. Along with the Urus ST-X, Lambo has also taken the wraps off the Lego Huracan Super Trofeo EVO. Both models will be present at the Lego Speed Champions set. Prices for both models are yet to be revealed and they’ll be available at your closest Lego stores from early 2020.