The Lamborghini Urus SUV Sets A High-Speed Record.. On Ice

As if setting a high speed record on perfect conditions wasn’t challenging enough, the Urus went to the extreme doing it on a frozen lake 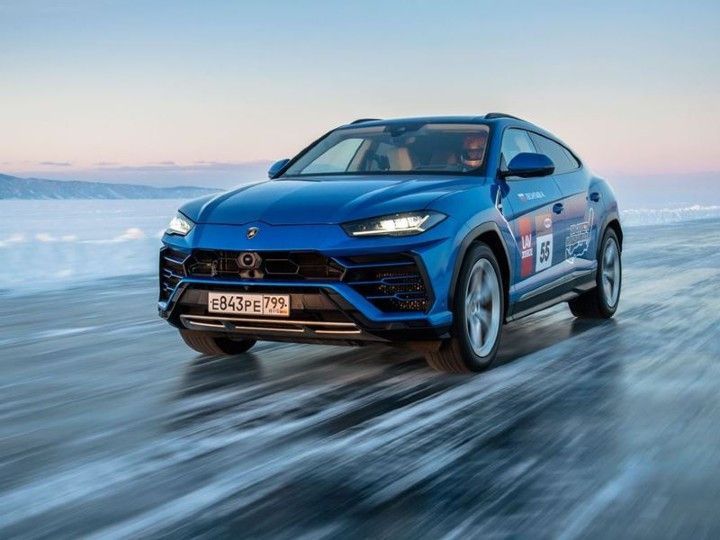 Usually when we hear the word ‘land speed record’ or ‘high speed record’ its usually assumed that these record attempts are done in closed roads or empty spaces with the ideal terrain to keep the car slippery in a straight line. Well how about attempting a high-speed record on a frozen lake? Yep, that's what Lamborghini did with the Urus super SUV at the Days of Speed festival at the icy Lake Baikal in Siberia, Russia.

Who better to pilot the Urus than 18-time Days of Speed record holder Andrey Leontyev. The super SUV set the benchmark for this extreme 1,000m record, at an average speed of 114kmph from standstill. In the record run, the Urus reached an astonishing maximum speed of 298kmph despite the ice in the world’s deepest lake significantly warming up. In fact in the practice runs, it achieved 302kmph.

This record is yet another feel good moment for the Lamborghini Urus especially back home, since the SUV has crossed 100 sales in the country which is impressive for a Rs 3.1 crore SUV. Speaking of India, Lamborghini has commenced deliveries of the 2021 Urus that comes with updates, as well as the exclusive Pearl Capsule edition. It rivals the Audi RS Q8, Bentley Bentayga, Porsche Cayenne Turbo, and BMW X5M.