According to sources, Tata has paid close attention to passenger comfort and convenience 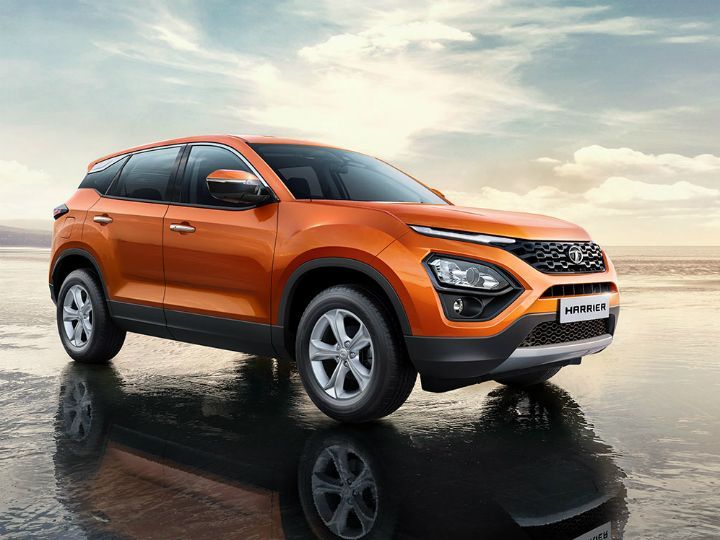 Tata recently revealed its upcoming Harrier SUV as it rolled off the new assembly line at the company’s Pune plant. And we have to admit, it looks intimidating. In desi speak, that’s one in the favour of the new Tata flagship. However, looking imposing is one thing, but being practical and comfortable quite another. Fortunately, though, we’ve got information that Tata has gone the extra mile to make the cabin quite convenient and practical besides being spacious.

For starters, the Harrier will come with dedicated slots for smartphones all around the cabin. Moreover, rear passengers will get dedicated slots on the doors, while there will be a separate one for the middle passenger as well, just behind the front armrest. Speaking of which, the front armrest will get a cooled storage space connected to the rear AC vents. The cooled centre compartment will also be accessible by rear passengers. The Harrier will also feature a cooled glovebox, unlike some of its potential competition. However, whether this feature will be standard or reserved for higher variants remains to be seen. The sunroof, on the other hand, will be skipped altogether.

The Tata Harrier will sport a dual-tone, black and beige cabin which will make the car look quite premium. The use of soft-touch materials, even if conservatively, will also help enhance the look and feel of the SUV’s cabin. As for the infotainment system, it will come with a floating touchscreen like the one on the Tata Nexon but could be significantly larger. The speaker system will most likely be by Harman as is the case on most Tata cars. Expect a rotary dial for driving mode selection to be standard across the range. In addition, a selector for 4x4 modes will likely be there as well.

It will be powered by Tata’s new 2.0-litre ‘Kryotec’ engine. Though power figures haven’t been disclosed, it is likely to make anywhere between 140-160PS of power and around 400Nm of peak torque. When launched, the main rivals of the Harrier will be the top-spec Hyundai Creta and the base to mid-spec variants of the Jeep Compass. As for the pricing, we suspect, Tata will not have a wide price range to span segments, but will also keep it from breaching the critical Rs 20.0 lakh mark.

What features would you like to see in the Harrier and what do you feel its price should be? Let us know in the comments section below.