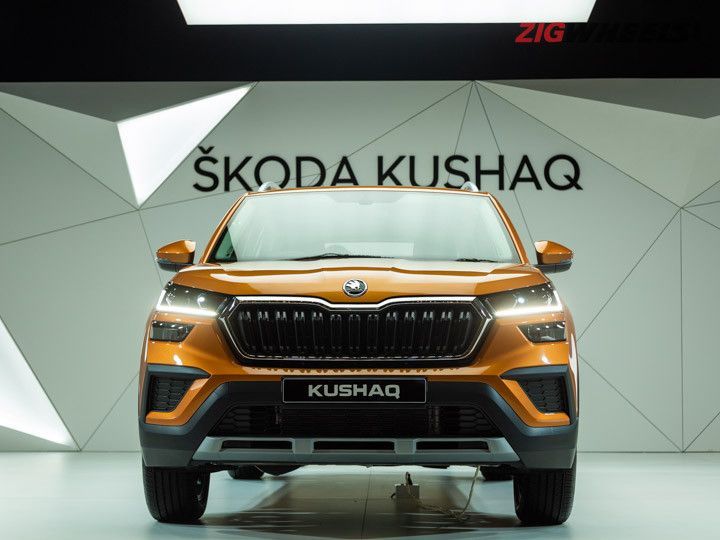 Back in February 2020, Skoda India had previewed its first India 2.0 SUV with the Vision IN concept. It grabbed eyeballs for its muscular silhouette as well as styling bits such as the butterfly grille, sleek headlamps, a sporty fog lamp housing, large alloy wheels, and L-shaped LED tail lamps.

Fast forward to 2021 and its production-spec model, the Kushaq, has arrived, and thankfully, it retains a lot of the Vision IN’s charm. But there’s one particularly nice feature that hasn’t made it from concept to production. We’re talking about the illuminated grille, which could have been a unique feature in its segment. So the question arises: why didn’t Skoda include it in the Kushaq?

Skoda Auto India’s Managing Director Gurpratap Bopara says the illuminated grille was never considered a production car feature; it was only for the show car (Vision IN).

If the illuminated grille had made its way to the Kushaq, it would’ve enhanced the SUV’s appeal. That said, it's understandable since the feature is more commonly seen in premium offerings such as the BMW X6. Also, concept designs tend to feature radical bits that don’t always make it to the production-spec model. Fortunately, the Kushaq retains most of the concept’s design traits.

The cabin is fairly minimalistic, finished in a dual-tone black-white theme. At the centre lies a 10-inch touchscreen infotainment system with Android Auto and Apple CarPlay. Besides, it gets a two-spoke steering wheel and an MID with analogue dials. The Kushaq is further packed with features such as connected car tech, ventilated front seats, a single-pane sunroof, ambient lighting, wireless charging, and a six-speaker sound system. Safety is covered by ABS with EBD, six airbags, parking sensors with a camera, and a tyre pressure monitor.

Bookings for the Skoda Kushaq will commence from June while deliveries will begin from July. It will be offered in three variants: Active, Ambition, and Style. Prices are likely to range from  Rs 9 lakh to Rs 17 lakh (ex-showroom). Aside from the Hyundai Creta and Kia Seltos, the Kushaq will also take on the upcoming VW Taigun in the Indian market.