Porsche To Drive In New Cayenne Turbo In June 2018 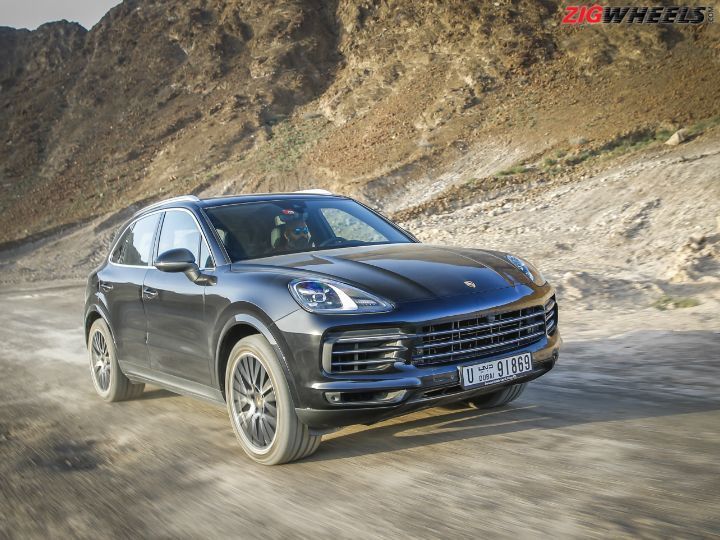 It might have started life as a sacrilege but the Cayenne has gone on to become one of the most important cars in Porsche’s lineup. The SUV has been credited with turning around Porsche’s fortunes and giving them enough dough to manufacture lap time-busting track monsters such as the 991 GT2 RS and the GT3. In its third generation now, the Cayenne looks a lot better thanks to its taut lines, an aggressive fascia and a well-rounded bum. Now, Porsche is gearing up to launch the Cayenne Turbo in the country in June this year, and dealerships across the country have begun accepting bookings for it.

The third-gen Cayenne Turbo, Porsche claims, is faster than the previous Turbo S model. It packs a stonking 4.0-litre V8 biturbo petrol engine that puts out 550PS of power and 770Nm of torque, which propels the car from 0-60kmph in just 4.1 seconds (3.9 seconds with Sports Chrono package). Claimed top speed stands at 286kmph.

Commenting on the arrival of the new Cayenne, Pavan Shetty, Director, Porsche India, said: “The new Cayenne Turbo represents the start of an exciting introduction phase for us, with the Cayenne and Cayenne E-Hybrid also set to arrive in showrooms later this year. The Cayenne has been one of our most popular models to-date and I am sure that the third generation, which offers greater versatility and more performance than ever before will continue the success story, starting with the Turbo derivative. It is a highly anticipated model and as such we are delighted to offer customers the opportunity to order the latest generation of Porsche’s flagship SUV in India.”

The third-gen Cayenne Turbo gets some clever engineering tricks, such as the exhaust turbochargers mounted within the cylinder banks, for shorter response times. Then there’s the lowered engine mounting position, which helps reduce the centre of gravity and improve the driving dynamics of the SUV.

It also gets an adaptive roof spoiler as part of its active aerodynamics. Depending on its position, the spoiler can either improve downforce or increase efficiency. It can even act as an airbrake, says Porsche. Other highlights include rear-axle steering borrowed from the 911, a new three-chamber air suspension and active roll stabilisation. These systems help achieve better ride quality while enhancing safety. It even gets five pre-programmed drive and chassis modes to tackle the rough stuff, too.

As for the looks, the Cayenne Turbo gets a unique front end with LED headlights, 21-inch Turbo alloy wheels, widened wheel arches and twin tailpipes to make it stand apart from the regular variants. On the inside, it gets a high-resolution Porsche Advanced Cockpit that serves as the instrument cluster apart from a large touchscreen infotainment system. Other highlights include a 710-watt Bose surround sound system, 18-way sports seats, integrated headrests and a multifunction sports steering wheel.

The Porsche Cayenne has been a fairly popular SUV in the country, especially in its diesel guise. While there’s no confirmation from Porsche on a diesel variant as of yet, we believe the Cayenne E-Hybrid, which is set to be launched in September this year, will prove to be the perfect alternative for those looking for low cost of running (relatively speaking, of course) and high efficiency rather than outright performance.