Poll - 2021 Force Gurkha vs Mahindra Thar: Which Off-roader Did You Pick?

This September 27 onwards, the Mahindra Thar will have a rival in the new-gen Force Gurkha 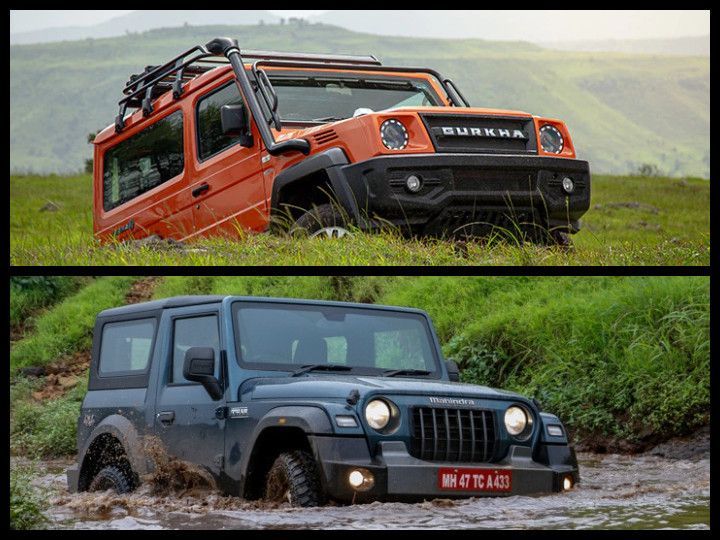 The Mahindra Thar is the only option in the country if you want a true-blue off-roader at under Rs 20 lakh (on-road). But from September 27 onwards, you’ll have another offering in the form of the 2021 Force Gurkha, which claims to be better than its predecessor, both off-road and on it.

So, we wanted to know which off-roader you’d pick: Mahindra Thar or the upcoming Force Gurkha? And to find that, we conducted a poll on our Instagram page. Here’s how the results turned out:

A total of 1,688 respondents participated in this poll. And from that, 1,320 voted for the all-rounder Mahindra Thar.

The second-gen Mahindra Thar is more refined and polished than its predecessor. It comes with a decent set of features and two powerful engine options: 2-litre turbo-petrol and 2.2-litre diesel. To make your life easier within the city, there’s an optional 6-speed automatic. The SUV impresses off the beaten path as well. You can check out our in-depth first drive review to know what we thought.

The second-gen Force Gurkha has the same claim as the Mahindra -- that it is an improved version of what it was earlier. Its off-roading prowess can be attributed to the manual locking (front and rear) differentials. The Gurkha also boasts a more habitable interior with decent features like touchscreen infotainment, tyre pressure monitoring, and dual airbags. Read our extensive unveiling report to know more.