A binding Combined Agreement was signed by both companies yesterday 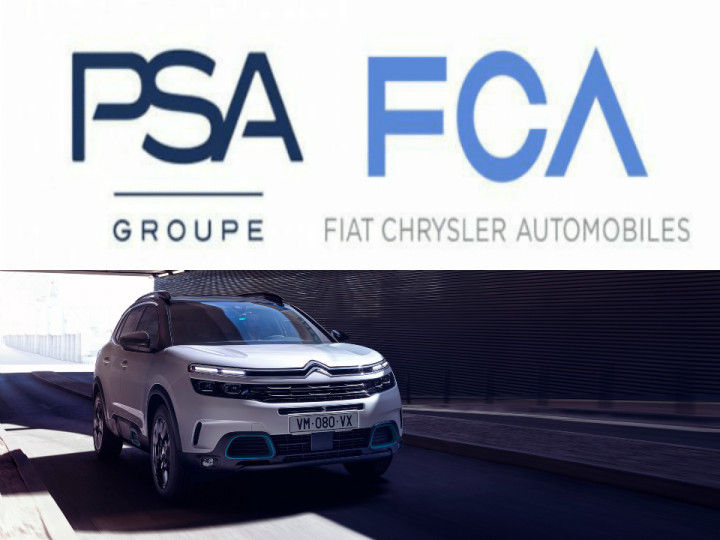 According to a news report, Fiat Chrysler Automobiles and Peugeot SA have signed a binding agreement for a 50-50 merger. The company had announced the merger on October 31. Both companies made official announcements on December 18. The merger is set to be finalised by the end of 2020. It will create the world’s fourth-largest automotive original equipment manufacturer (OEM) with over 8.7 million vehicle sales worldwide. The combined revenue is expected to be EUR 170 billion, the equivalent of Rs 13.46 lakh crore).

Earlier this year, FCA had approached Renault for a USD 33 billion (Rs 2.34 lakh crore) merger. It withdrew the proposal in early June, citing unfavourable political conditions in France. The French government owns a 15 per cent stake in Renault. Read our story about the fallout here. While FCA was open to talks with Renault, the Italian carmaker eventually reached out to Renault’s rival, PSA.

FCA’s alliance with PSA will be worth USD 50 billion, or about Rs 3.5 lakh crore. The deal proposes to merge and redistribute operations of each company. For example, the Chinese Dongfeng Motor Group has a 12.2 per cent stake in Renault. After the merger, its share will be 4.5 per cent. FCA’s robot unit, Comau, will remain part of the merged group. A company press release stated, "the combined company will have annual unit sales of 8.7 million vehicles, with revenues of nearly €170 billion, recurring operating profit of over €11 billion and an operating profit margin of 6.6%, all on a simple aggregated basis of 2018 results." That's a yearly profit of nearly Rs 87,000 crore.

Carlos Tavares, PSA’s Chief Operating Officer, will become the Chief Executive Officer of the merged company. Meanwhile, John Elkann will assume the position of Chairman. He is the scion of the Agnelli family and CEO of their holding company, Exor. The brands that will be part of the conglomerate are Fiat, Abarth, Jeep, Chrysler, Dodge, Ram, Alfa Romeo, Lancia, Maserati, Peugeot, Citroen, DS, Vauxhall, and Opel.

The merger aims to help both companies effectively tackle the challenges posed by the automotive industry today. Governments around the world are pushing carmakers towards sustainability and lower emissions through the development of electric cars and hybrids. The merger will help the two companies develop expensive powertrains and cleaner vehicles.