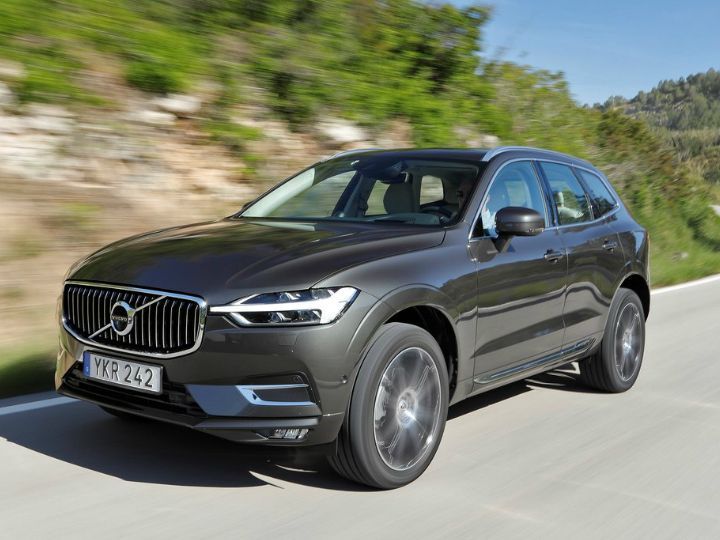 After its global debut at the Geneva Motor Show earlier this year, Volvo is all set to launch the new XC60 in India now. The announcement has come shortly after the Swedish manufacturer confirmed its plans to launch the XC40 in India by mid-2018. When launched, the new XC60 will continue to compete against SUVs like the BMW X5, Mercedes-Benz GLC, Audi Q5 and the latest entrant in the segment, the Lexus NX 300h.

Coming to the design, as expected, the new XC60 looks quite similar to its larger sibling, the XC90. Up front, it gets a vertical slatted grill flanked by sleek new headlamps. Bifurcating the headlamps are Thor’s Hammer-shaped LED DRLs. The side profile gets a very clean layout with circular wheel arcs housing chunky 19-inch alloys, and the lower half of the doors have been scooped to lend the XC60 a sporty look. At the rear, the new XC60 looks edgy as it gets L-shaped taillamps cutting their way into the tailgate at the bottom. The bumper is also redesigned and houses twin exhausts.

Talking about the dimensions, the new XC60 is 44mm longer, 11mm wider and 55mm lower than the outgoing model. Wheelbase on the new model has also gone up by 91mm.

The new XC60 is expected to be priced in the range of Rs 60 lakh as it is likely to be locally produced like its larger sibling, the XC90, at Volvo's Banglore facility.