New chassis, bigger engine and an updated electronics package - that’s the new Tiger 900 for you 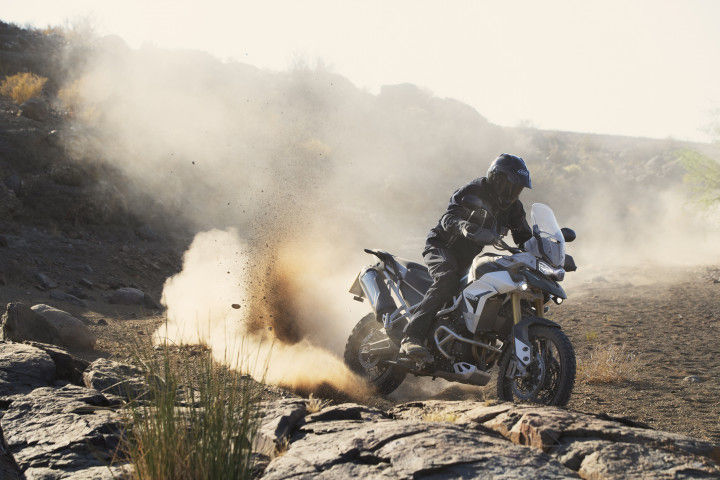 After a series of spy shots, Triumph has finally unveiled the 2020 Tiger 900. The middleweight adventure motorcycle has received the most comprehensive update ever. It gets a bigger engine, new chassis, revised styling and updated electronics. Moreover, Triumph has dumped the XR and XC moniker and now, the range is simply divided into GT and Rally. Here’s everything you need to know about it:

Kitty Gets A Bigger Heart!

Triumph has replaced the old 800cc unit with the new Euro 5/BS6-compliant 888cc inline-three motor. While the power remains the same as before, at 95PS, it is now available at 8750rpm compared to 9500rpm. The torque, however, has gone up to 87Nm (an increment of 8Nm) and is now offered at 7250rpm rather than 8050rpm. The British bike maker claims that the new motor makes 9 per cent more power in the mid range compared to its predecessor. Triumph has also changed the firing order from 1-2-3 to 1-3-2, which gives it a distinctive exhaust note.

Not Just A Change Of Clothes:

The 2020 Triumph Tiger 900 has received a new face, which is both slim and meaner than before thanks to the new LED headlamps. The British bike maker has not only tweaked the main steel trellis frame a bit, but it even has even employed a new bolt-on subframe. Along with this, Triumph has made minor revision that make the new chassis 5kg lighter than before. There are five variants to choose from: base, 900 GT and GT Pro, 900 Rally and Rally Pro. While the base model tips the scale at 193kg, the top-spec and fully loaded Rally Pro comes in at 201kg.

While the base and the GT models are road-biased variants, the Rally models, as the name suggests, are off-road focused. Hence, Triumph has equipped each variant accordingly to suit their respective character. For instance, the base model gets non-adjustable USD forks from Marzocchi. On the GT variant, though, the front USD (180mm travel) is compression and rebound adjustable while the rear monoshock (170mm travel) gets preload and rebound adjustability. The GT Pro variant gets an electronically adjustable monoshock with nine levels of damping and four preload settings. The Rally versions get Showa suspension units, the front USD (240mm travel) is fully-adjustable while you can only adjust the preload and rebound settings of the rear monoshock (230mm travel). Brembo takes care of the braking department as the Tiger 900 gets Stylema calipers, as seen on the Ducati Panigale V4. The Rally variants run on 21-/17-inch spoke rims that are shod with tubeless tyres.

In terms of electronics, it gets cornering ABS, which is co-developed with Continental, six-rider modes and a bi-directional quick-shifter, all of which can be controlled by the new 7-inch TFT display.

Will It Come To India?

We expect Triumph to bring the base variant as well as the base models of the GT and Rally variants to our shores. As far as its price is concerned, it is likely to get an increment of Rs 1 lakh to Rs 1.5 lakh over the Tiger 800.