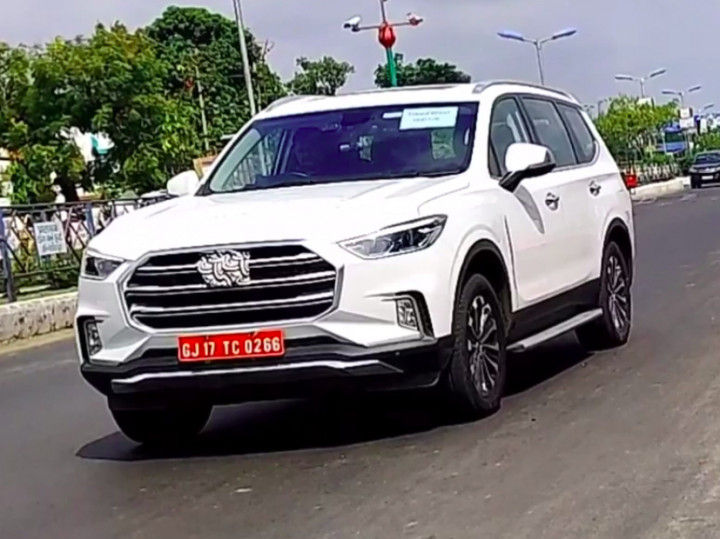 As lockdown restrictions continue to be eased, manufacturers have resumed testing their upcoming models slated to reach showrooms in the coming months. The latest car to be caught under the automotive paparazzi radar is the MG Gloster, which is essentially a rebadged version of the Maxus D90. It should reach showrooms by this festive season.

The MG Gloster is BIG and that should help with road presence. Standout design elements include the large slatted grille which is flanked by slim LED headlamps. We also particularly like the dual-tone alloy wheels and the generous use of body cladding which gives it a beefy stance. At the same time, the rear-end is simple with split LED tail lamps.

We are yet to see the final-spec MG Gloster’s interior but based on spy shots, we can report that it looks similar to the Maxus D90. The Gloster is also likely to be offered in various seating layouts with either captain seats or a bench for middle row occupants.

The Maxus D90 is offered with 2.0-litre diesel and petrol engine options, both of which could be carried over to the MG Gloster. Here’s a detailed table of their specifications:

The MG Gloster will reach showrooms by Diwali this year and one can expect prices to start around Rs 35 lakh (ex-showroom). It will take on the likes of the Ford Endeavour, Toyota Fortuner and Mahindra Alturas G4.